​Liverpool really have had a stupendously good season. Picking up 58 from a possible 60 points, leading the Premier League table comfortably with a game in hand and lifting the FIFA Club World Cup...things couldn't get a whole lot better.

If there could have been one minor criticism of Jurgen Klopp's side, it was their struggles at the back. The Reds kept just three clean sheets from their opening 22 matches in all competitions but since then, the European champions have been much improved and have kept five successive Premier League clean sheets - not conceding a league goal since December 4.

There has been one major variable in recent games, and that has been Joe Gomez. Having struggled with injury last term, Gomez lost his place in the side to the stellar performances of teammate Joel Matip. With roles now having reversed, the Englishman has enjoyed a prolonged spell in the starting lineup, and has well and truly taken his opportunity to shine. But it hasn't been easy.

The 22-year-old's performances at the beginning of the season were questionable. The former Charlton man looked shaky, nervous and lacking the positional intelligence to comfortably fit in Klopp's starting side. As a result, the defender was chopped and changed, with ​Liverpool struggling to keep clean sheets no matter who partnered Virgil van Dijk at the back.

Fast forward, and Gomez has his swagger back. It's clear for all to see that Liverpool's number 12 has all the properties of a brilliant centre-half. Fast, strong and good on the ball, Gomez epitomises Liverpool's defensive strengths and, at just 22 years of age, the defender has a bright future. But Gomez isn't just the man for the future, he's the man for the present. While Van Dijk will undoubtedly earn a significant amount of the plaudits, Gomez's recent performances have matched the levels of his centre-back partner. He has gotten back up to speed with the ferocity of the Premier League, and the intense tempo at which football is played in England's top tier. His positioning, timing and tactical understanding have been noticeably improved from the early days of the 2019/20 season, and it's safe to say that Liverpool's seven clean sheets in their last eight games are in large part down to his upturn in form.

Gomez's individual strengths make him a top quality centre-back, but his relationship with those around him is steadily improving. Trent Alexander-Arnold's player of the month nomination for December is only possible due to the ability of Gomez to cover his compatriot's marauding forward runs, allowing the right-back to do what he does best - attack. 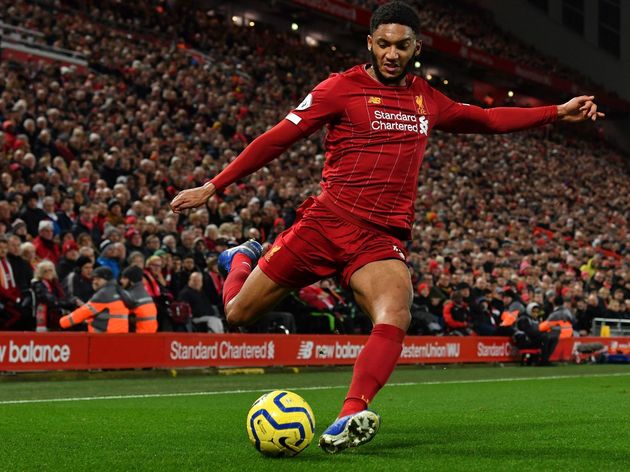