Two of La Liga's biggest teams go head-to-head in the semi-final of the Supercopa de España on Thursday as Barcelona face Atlético Madrid in Saudi Arabia.

This is the first year that the trophy will include four teams rather than two, as Real Madrid face Valencia in the other semi on Wednesday. 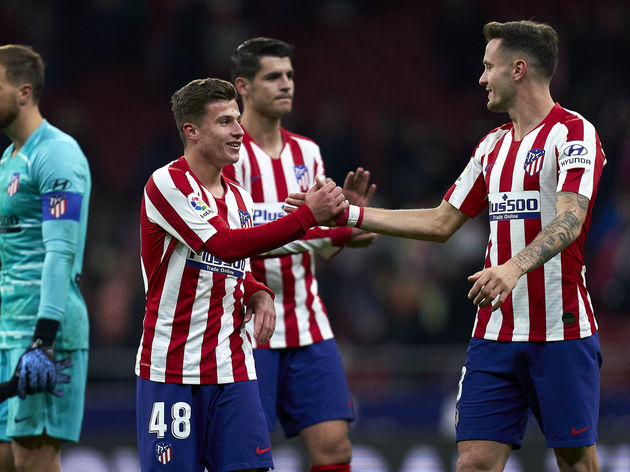 With the long journey to Saudi Arabia and the fixtures coming thick and fast for the La Liga teams, it will be interesting to see if both managers rotate their squads.

​Barcelona will definitely be without Ousmane Dembélé and Arthur who both have injuries that could see them ruled out until February. Goalkeeper Marc-Andre ter Stegen is recovering from a knee injury and hasn't been included in the squad.

Simeone also has a couple of injuries that he has to contend with. Both Stefan Savic and ​Diego Costa are sidelined with injuries that have kept them out since November, though the former has been included in Atleti's squad.

Club captain Koke could return for Atléti after a couple of weeks out with a muscle injury that he picked up prior to the winter break. Thomas Lemar, who has been ​linked with Tottenham and Arsenal over the last few days, is omitted.

[] SQUAD LIST
These are the players that will travel to Jeddah for the #SuperCopa2020!

In the last 50 games between these two sides, Barcelona have come out on top 27 times while ​Atlético have only managed to win on ten occasions.

Lionel Messi scored a late winner the last time these two sides met as Barcelona triumphed 1-0 at Wanda Metropolitano at the start of December. Barça have lost only once in the last 18 clashes, that win for Atléti coming in the Champions League when Antoine Griezmann scored a brace in the quarter-final back in 2016 to send his former side into the semis.

Barcelona fans are continuously frustrated by the amount of draws their team pick up. The 2-2 result against Espanyol was their third draw in four games since mid-December.

Having said that, they are unbeaten in 12 games since they lost 3-1 to Levante in early November. Since then they have won eight games in all competitions including a league win over Atléti. Simeone's men have enjoyed an upturn in form of late, having won their last three in a row to put themselves back in contention at the top of ​La Liga.

They are unbeaten in their last five in all competitions, with their last defeat being that 1-0 loss to Barcelona at home. Since then they have qualified for the Champions League knockout stage as well as win three times domestically.

This is a hard one to call, given the unique nature of the game. Simeone's men could edge this one if they can keep Barça's attacking stars quiet, though that's obviously easier said than done.