​Chelsea have cooled their interest in signing England international Jadon Sancho after being told that it would cost £120m to prise him away from Borussia Dortmund.

The 19-year-old has been directly involved in 62 goals in just 79 appearances for the Bundesliga side since his move away from Manchester City in 2017, also going on to cement his place in Gareth Southgate's England side.

Sancho is expected to leave Borussia Dortmund at the end of the season with a handful of clubs looking to sign him, but The Sun claims Chelsea have stepped away from a move after being told the teenager has a £120m price tag. 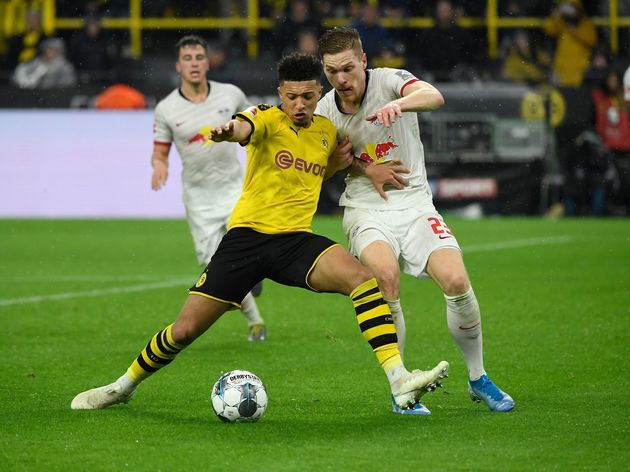 Frank Lampard's side instead want to focus on their pursuit of a new striker to help take the pressure off Tammy Abraham, while either Olivier Giroud or Michy Batshuayi will be sold to make room at Stamford Bridge.

Long-term suitors Manchester United are believed to still be interested in making a move for Sancho at the end of the season - especially after missing out on Erling Haaland to Borussia Dortmund.

But the club could face stiff competition for Sancho's signature from Bayern Munich, as the Metro claims the Bundesliga champions have entered the race to sign the England international from their domestic rivals.

It's suggested that Sancho would be brought in to 'Serge Gnabry