Tottenham Hotspur midfielder ​Christian Eriksen will join Inter for a fee of around £20m in the 'next few weeks' - according to a source in the player's native Denmark.

For the majority of the last 18 months, it had looked certain that the Dane would eventually complete a move to Real Madrid, the Bernabeu appearing to be an increasingly-likely destination as he entered the final year of his Spurs contract. While ​Real had appeared favourites to secure Eriksen's signature, numerous other contenders were mentioned, including ​Manchester United, Paris Saint-Germain, and ​Juventus.

​Inter, on the other hand, only entered the race for his services ​in recent months, but they have allegedly stormed to the front of the queue, with ​Ekstra Bladet claiming the playmaker will arrive at San Siro before the end of the January transfer window.

It's understood I Nerazzurri boss Antonio Conte has been a driving force behind the club's pursuit of Eriksen, who he views as the missing piece in his side.

Though they were eliminated from the ​Champions League at the group stage, Inter remain in the hunt for silverware this term, and are currently ahead of ​Juventus at the top of ​Serie A on goal-difference. 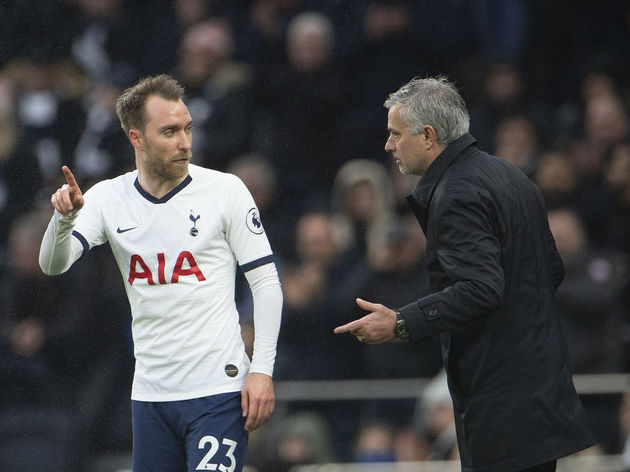 Conte believes the capture of Eriksen could be the deciding factor in which of the two Italian heavyweights ends up with the Scudetto come May, with Juve having won the last eight league titles.

It should be no surprise to see the 27-year-old leaving ​Spurs this month given he made it clear to new head coach Jose Mourinho upon his appointment that he still wished to pursue a new challenge, regardless of who was in charge.