​Tottenham and Chelsea are understood to be in talks with the agent of Napoli defender Kalidou Koulibaly over a huge £100m deal to bring the Senegalese star to London.

The two clubs are set for a busy January transfer window with both José Mourinho and Frank Lampard believed to be keen to reinforce their squads.

And according to Naples-based news outlet Corriere Della Sera, both are targeting a huge deal for Napoli defender Koulibaly and have made contact with the player's representatives over a £100m deal - although it seems a deal of this scale would be more likely to go through in the summer, rather than this month. With Toby Alderweireld and Jan Vertonghen now both into their thirties, the Lilywhites are keen on bringing in a new long-term partner for Davinson Sanchez at the heart of the Spurs

Chelsea, meanwhile, will be looking to improve on their personnel at the position in January, with the Napoli man high on the Blues' wishlist. The west Londoners have conceded 29 goals in 21 games this season and with Antonio Rudiger looking vulnerable since his return to full fitness, Koulibaly could be the man to partner Fikayo Tomori at Stamford Bridge over the coming years. 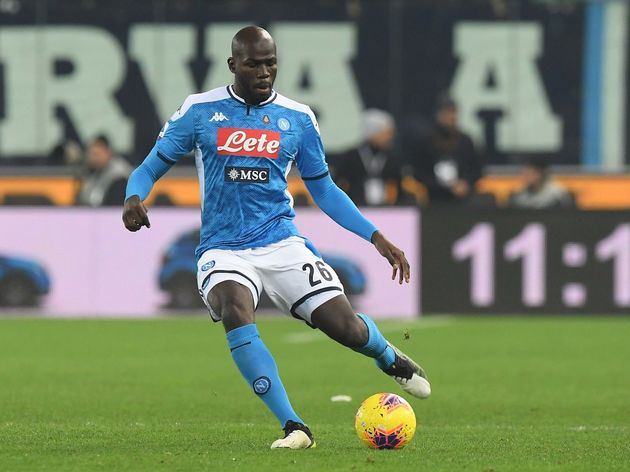 While a move away from the

Chelsea's financial superiority and willingness to spend would surely make them favourites over their London rivals in the race for the elite Koulibaly, but a summer move seems far more likely than a January one.