No one believed it would be possible for Alireza Jahanbakhsh to recover from his woeful first season at Brighton, let alone think he had the capability to score one of the greatest goals of the decade so far.

Yes, you've probably heard his name a fair bit recently, and with good reason too. Jahanbakhsh is the man who has suddenly hit the ground running in the Premier League over the last week or so for Brighton.

Making his first start of the season against Bournemouth, it took just three minutes for the attacker to open the scoring at the AMEX. It was his first goal in a Seagulls shirt and his tearful celebration showed just how much it meant to him. Just four days later on New Year's Day, the Iran international was controversially dropped to the bench for Albion's meeting with Chelsea. 1-0 down with just under half an hour remaining, manager Graham Potter chose to bring Jahanbakhsh onto the field to make the difference - and boy oh boy did he do just that.

Running at defenders and causing problems from the moment he came on, he sparked the Seagulls into life and with around five minutes remaining on the clock produced a moment of brilliance.

Leandro Trossard delivered a corner deep into ​Chelsea's box which captain Lewis Dunk rose highest to head back into a dangerous area. Jahanbakhsh, anticipating the flight of the ball and in the right place at the right time, acrobatically converted into the back of the net on the volley. It was a stellar overhead kick from around 15 yards and Blues goalkeeper Kepa Arrizabalaga had no chance.

It was a moment he had waited for and the moment he had dreamed of for so long. Finally, he had proven the doubters wrong. For now, at least.

But now is the time for Jahanbakhsh to push on. He has all the tools he needs to succeed from this point onwards - the confidence, the desire and the support of the fans. It was clear to see that the AMEX crowd was absolutely delighted for him and the roar that followed the announcement of his goal in the stadium would have filled him with nothing but sheer belief that he can continue this purple patch.

​Brighton have struggled for goals this season. Yes, they've scored more than a number of their key rivals, but when you consider how well they keep the ball in certain games, you would expect a lot more on the goal front. They simply haven't created or converted enough clear-cut chances - something that has hindered their position in the ​Premier League standings.

What Jahanbakhsh offers is another dimension for Brighton. The likes of Trossard, Aaron Mooy and Pascal Groß are fantastic creators but they don't have the same urgency that their Iranian teammate boasts. The 26-year-old is always looking to drive forward rather than go backwards and when he has enough confidence under his wing he has the capability to catch out his opponent and make the difference. 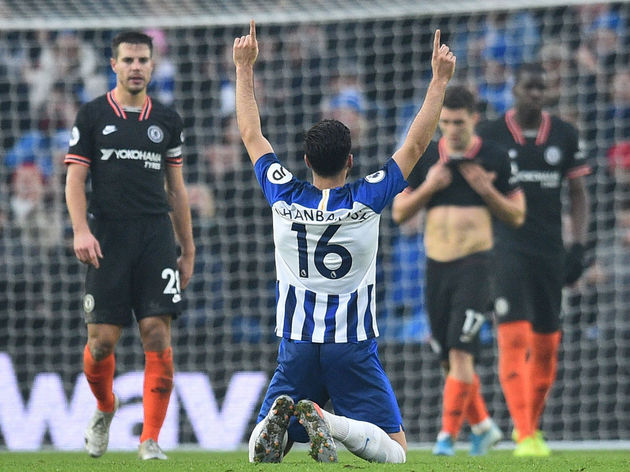 So why didn't he perform like this last season, you may ask? It's not like he didn't have enough opportunities to succeed - he played on 25 occasions for the Seagulls. Well, it's that word beginning with the letter 'C' again. It's confidence. It was something he was stripped of within just a few matches in Albion colours.

Under Chris Hughton, the life was suddenly sucked out of Jahanbakhsh's game. Fitting into a rigid system as a defensive winger, he was restricted from taking defenders on and being able to drive forward with the ball. It was a match made in hell.

Graham Potter's arrival has brought about a shift for the entire club as his attacking mentality has transformed the way Brighton play. Throughout the first few months of the season, Jahanbakhsh was seen as simply a rotational option and due to his poor start in the Premier League, it seemed Potter didn't believe he was the best option to provide a goalscoring threat. 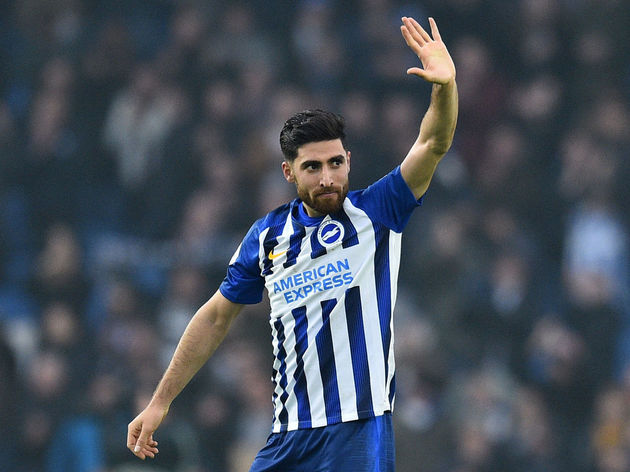 However, with his remarkable determination to succeed, in conjunction with the reluctance to leave the club despite the ever-present speculation, he has finally made the all-important breakthrough into his manager's plans.

It looks as if he may remain there too, as Albion look to improve their consistency and get more points on the board. They didn't even realise what they had been missing.