​Just as things were looking to be on the up for Ole Gunnar Solksjaer and Manchester United...bosh, Mikel Arteta had to come in all turtlenecked up and undo their hard work over the festive period.

First-half goals from Nicolas Pepe and Sokratis helped Arsenal to a 2-0 win over the Red Devils on New Year's Day, with the latter failing to capitalise on Chelsea's and Spurs' respective slip-ups earlier on in the day.

Attentions now, however, must switch over to the FA Cup and another trip to Molineux to take on Nuno Espirito Santo's Wolves on Saturday evening.

While Ole may be hoping to seek some revenge for the West Midlanders' victory over United in this competition last time around, you can imagine that this fixture will be one for youth and second-stringers - with the odd starter thrown into the mix.

Here's how United could lineup for their FA Cup clash. Sergio Romero (GK) - Seen as one of the better reserve keepers in the league, Romero has been a fixture in cup competitions for United since he joined the club in 2015 and there's little doubt that that trend will continue here. And who knows, with David de Gea enjoying a significant slump in form, Romero could also get a run in the Premier League soon as well.

Ashley Young (RB) - The emergence of Brandon Williams and Luke Shaw's return to fitness has seen Young's minutes dwindle on the opposite flank in recent weeks. Nevertheless, with Aaron Wan-Bissaka likely rested and Diogo Dalot barely featuring since his return from injury, there should be a chance for the 34-year-old at right-back. He'll captain the side as well.

Phil Jones (CB) - Make sure Twitter's at the ready people, because Phil Jones is back! The player with every facial expression known to man, Jones struggled in his first Premier League appearance of the season against Sheffield United back in November and has only played 22 minutes of football since. He should, however, get a start on Saturday evening with Ole's options limited at the position.

Harry Maguire (CB) - Here we go, the first sprinkling of a regular starter into this United

Brandon Williams (LB) - Another product of the club's fantastic academy, Williams has often impressed in a United shirt since his brief Premier League debut against Liverpool back in October. After failing to make a league appearance in December, the 19-year-old put in his most complete display yet for the first-team in United's final game of the year at Burnley. And while he was an unused substitute against Arsenal Fred (CDM) - If you looked up 'rejuvenated' in the dictionary, '

Andreas Pereira (LM) - With Marcus Rashford and Anthony Martial both playing the full 90 at Arsenal, it would be surprising to see either start at Molineux, leaving Pereira as the most viable option down the left. While it's quite difficult to work out what he's good at, the Brazilian has made 18 Premier League appearances this season and due to his limited minutes last time out, expect him to start against Wolves 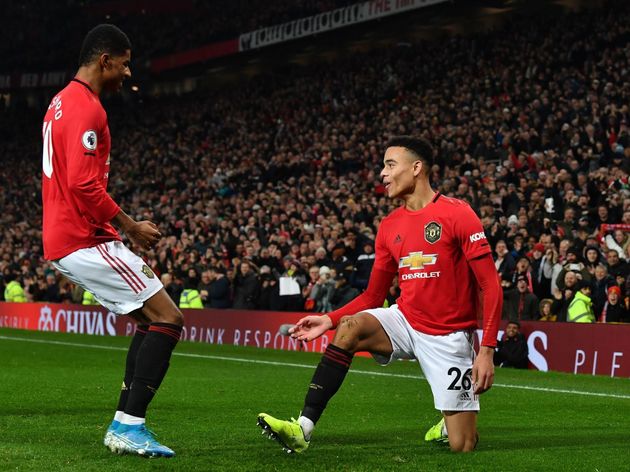 Mason Greenwood (ST) - If United are to get past Nuno's men on Saturday, the performance of Greenwood will have a lot to do with it. The 18-year-old is a world class (borderline generational) talent who looks at ease in the Premier League