United lacked any kind of attacking impetus or tempo during the game at the Emirates Stadium and had no response to Arsenal goals from Nicolas Pepe and Sokratis Papastathopoulous. 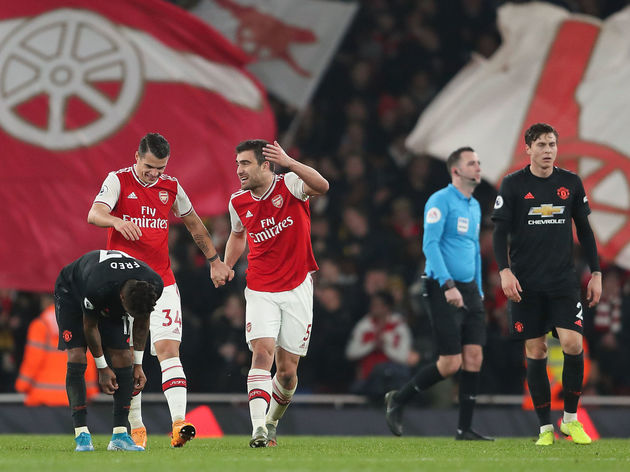 Van Persie, who was working as a pundit for BT Sport’s coverage of the contest, was less than pleased with Solskjaer’s post-match interview and picked up on the fact that the United manager was jovial, rather than angered by what he had just seen on the pitch.

“When I listen to Ole, he sounds like a really nice guy. I would like to see him a bit meaner at times, just be angry,” Van Persie commented. “I see him smiling now after a game like that. This is not the moment to smile.”

RVP is right. Solskjaer CANNOT be coming out of a loss to a rival like Arsenal smiling and happy. And picking Lingard today was up there with Jose playing McTominay at CB at West Ham. Hard to see how much longer he'll last

Sitting alongside former teammate Rio Ferdinand in the television studio, together they also recalled how black and white football management can sometimes be, referring to instructions dished out by Sir Alex Ferguson during the 2012/13 title winning campaign.

The pair recounted how Ferguson had told his players to find Van Persie because he was the difference that would make them win the league that season. The likes of Paul Scholes, Michael Carrick and Wayne Rooney were even threatened with being dropped if they didn’t listen.

“If you cannot find him, you will not play,” Van Persie said of Ferguson’s message to the rest of the United squad about his own arrival.

"He hammered Carrick, Scholesy, others! He said Robin will win us the league if we pass him the ball."

"He literally said to them, 'if you cannot find him, you will NOT play!'" 

Ferdinand added, “It was a process, but one of the standout moments of that season – Wayne Rooney gets the ball, plays a 30-yard ball to [Van Persie], who volleys it into the back of the net against Aston Villa and we win the league [that night].

“If that conversation hadn’t happened, there’s a chance that goal might not get scored, because Wayne might not look for that run.”

Bringing the point back to the Arsenal defeat, Ferdinand was critical of a lack of forward vision.

“One of the common factors in the game was Man Utd players on the ball, in the middle of the pitch especially, were not looking forward for the runners. Man Utd were making some very good runs, and for a forward that is demoralising [when you’re not found],” he said.