​Napoli and Ajax are hoping to sign Tottenham Hotspur defender Jan Vertonghen during the January transfer window, with the Belgian in the final six months of his deal with Spurs.

He can now begin negotiating a pre-contract agreement with foreign clubs, but it's believed the Lilywhites may look to cash in this month to avoid losing him for free in the summer. Fellow centre-back Toby Alderweireld had been in a similar position in north London, before agreeing a contract extension in December. Though they were able to convince Alderweireld to stay at the club, it's looking increasingly likely that ​Spurs will lose his defensive partner, with the ​Telegraph claiming ​Napoli will reopen their interest in Vertonghen.

I Partenopei were unsuccessful in their attempts to buy the 32-year-old over the off-season, but new manager Gennaro Gattuso is eager to strengthen his backline.

The boss views Vertonghen as the ideal candidate to join the likes of Kalidou Koulibaly and Kostas Manolas in the heart of the Napoli defence. However, the ​Serie A side will have to see off the challenge of Ajax to secure his services.

Erik ten Haag's team are searching for a new centre-back after Daley Blind was ​diagnosed with a heart condition, ruling him out for an indefinite period of time. unhappy with his role 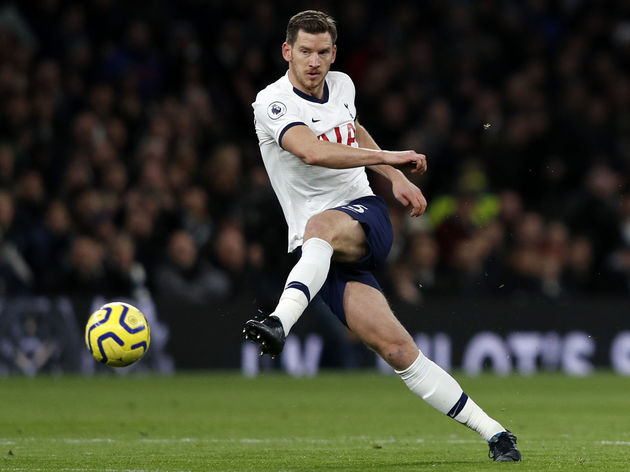