​Tottenham are eyeing a move for Ricardo Pereira in the January transfer window, as Jose Mourinho aims to solve his right-back problem with Serge Aurier failing to impress in north London.

The Leicester City defender has been in outstanding form once again for Brendan Rodgers' side, having continued to attract admiring glances from across Europe with performances that have seen the Foxes move up to second in the league table. 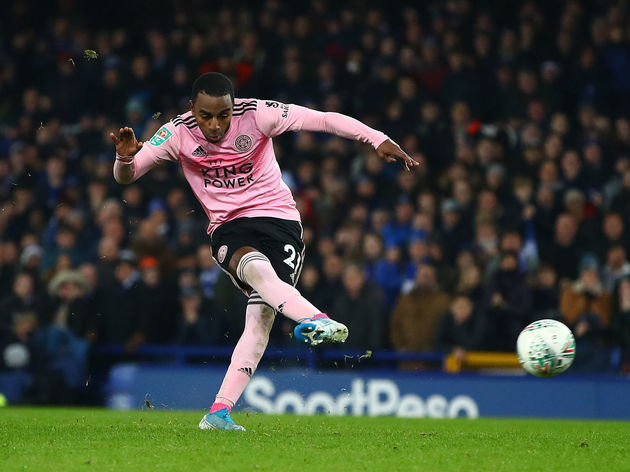 Since Mourinho took charge of ​Spurs following the sacking of Mauricio Pochettino in November, Tottenham have enjoyed/endured a mixed bag of results. During that period they've shipped an alarming number of goals, with the Portuguese tactician seeking defensive reinforcements in order to shore his side up.

According to the ​Express, the player in question is Pereira, with the report going as far as saying they're 'readying' a £30m bid for the former Porto defender.

Their interest may count for little, though. That's because Rodgers has publicly come out insisting that none of his ​Foxes stars will be leaving the club during the winter window.

"There will be nobody leaving in January, categorically. I am speaking regularly with [director of football] Jon [Rudkin] and Top [owner Aiyawatt Srivaddhanaprabha]," he insisted.

While it would be an ambitious move to make for Pereira in the first place, given the Foxes' place in the ​Premier League table at present, a £30m bid - just £9m more than Leicester paid for Pereira - is hardly going to be enough to convince Rodgers' side to part with one of their prized assets. Furthermore, the Northern Irishman has claimed he is looking to add to his squad, not break it up.

“Over time what we want to do is develop players if we’re going to compete with your Manchester City’s and Liverpool’s," he added. “We know we need extra quality and different profiles of players but it’s step by step. We’re not a club that can just go out and spend £80million, £90m a player. The club doesn’t work that way.