6 New Year's Resolutions for Tottenham in 2020

​With things heading in completely the wrong direction under Mauricio Pochettino, Spurs fans will be relatively grateful that at the start of 2020, they're just five points off Chelsea in fourth and will play in the Champions League knockout stages come February.

While it hasn't been perfect, Jose Mourinho has helped stabilise the sinking Lilywhites and after many thought this would be a year of transition for the club after Pochettino's departure, the north Londoners are now in a position to have a decent season.

You feel that the upcoming January transfer window will go a long way in determining who will claim that final Champions League spot, while the summer window will show the ambition of chairman Daniel Levy and the direction Mourinho wants to take the club going forward.

It's going to be an interesting one folks, that's for sure. But nevertheless, here are six New Year's Resolutions for Jose's Spurs. Okay, this one's a little easier said than done, as individual errors are can be attributed to mental aspects just as much as they can to physical ability.

But whether it be Hugo Lloris vs Southampton, Paulo Gazzaniga vs Chelsea or Juan Foyth vs Norwich, Spurs always seem to shoot themselves in the foot and it's fair to say that individual errors have been a major factor in their poor defensive record this season.

Whether it be a little more concentration or a bit more care executing a pass or a dribble, the Spurs players have got to find a way of stopping themselves from assisting goals for the opposition, it's becoming a worrying habit.

Be Active in the Transfer Market It doesn't take a genius to work out that this squad still needs some investment. While in the summer they were relatively active, their inability to freshen up the squad at a regular rate in previous windows was a big reason for Pochettino's demise in north London.

A young right-back capable at both ends, a defensive-minded ball-winner in the middle of the park and a talented, ball-playing centre-back are key areas for Spurs to target in upcoming windows

Investment in the right profile of player at these positions will undoubtedly help Jose's Spurs take the next step, which has to be contending for the Premier League title, right?

Build the Team Around Tanguy Ndombele This Spurs side isn't devoid of talent. Harry Kane, Heung-min Son and Dele Alli are all superb, but the most talented of them all might be summer signing Tanguy Ndombele.

While his continued adaptation to English football may see him struggle to play two games in a week for the remainder of the season, the recently turned 23-year-old has to be who Mourinho builds his Spurs side around come the start of the 2020/21 campaign. He's just that good.

By the way, have you seen his recent haircut? The boy's heading right for the top. Mourinho's decision to put Ndombele, Giovani Lo Celso and Ryan Sessegnon in the same starting XI against Norwich was met with nothing but sheer jubilation by Spurs Twitter.

Although the dreaded individual error led to both of Norwich's goals and Spurs ended up drawing 2-2 to the league's worst team, it was refreshing to see three summer signings start in the same game.

While his impact was limited at Carrow Road, Lo Celso impressed in the 2-1 win at home to Brighton - completely changing the dynamic of the encounter when he appeared off the bench. The Argentine doesn't really offer Eriksen's playmaking abilities from deep but he can add a little more quality and incisiveness in the final third, and he also proved at Betis to be a reliable goal threat.

Sessegnon, who scored on his first Spurs start against Bayern 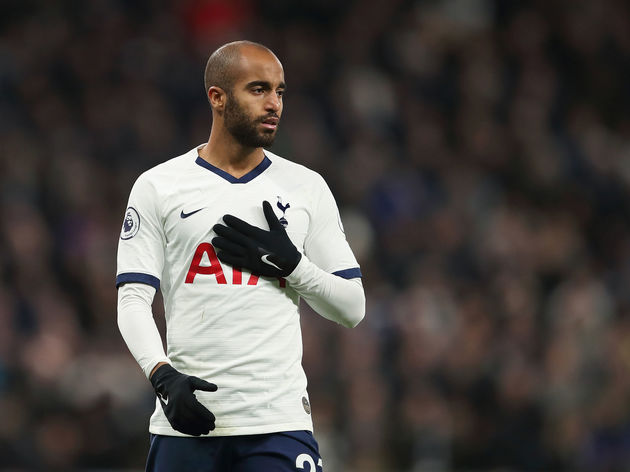 But, but...what about the Champions League semi-final? You can't ever bench him after that!

Yes, yes you can.

While Spurs fans will be eternally grateful for the night Lucas provided for them on May 8, 2019, the Brazilian shouldn't be playing as much as he has been under the new boss.

He doesn't possess the passing or crossing ability to regularly start games against sides that sit deep -  I mean, he has two assists since he joined the club. But his ability in transition makes him a valuable asset to this Spurs It's May 2017, and Spurs have just beaten Manchester United 2-1 to keep their unbeaten record for the 2016/17 season at White Hart Lane in tact.

Ah, those were the days.

Mauricio Pochettino's side were often unplayable at home that season and they need to make their new £1bn home a fortress as well.

But so far this season, they've been beaten there by Newcastle, embarrassed by Bayern, dominated by Sheffield United and turned over by Chelsea. While, on the whole, their