​Arsenal are concerned that defender Calum Chambers could miss the remainder of the season as a result of the knee injury he picked up against Chelsea.

The Englishman managed just 23 minutes of the match after appearing to twist his knee, and he looked to be in real discomfort as he lay on the turf. He did manage to limp off without a stretcher, but things still did not look good.

As noted by the ​Daily Mail, the medical staff at ​Arsenal have conducted numerous tests on ​Chambers' knee and there is a growing fear that he may have damaged his anterior cruciate ligament.

While the severity is not yet confirmed, Arsenal are so worried by the whole thing that they are prepared to search for a new centre-back when the January ​transfer window opens, as they do not expect to have Chambers back any time soon.

The 24-year-old has been a vital part of Arsenal's side this season, but the Gunners now face the real possibility of finishing the entire season without him. Arsenal are happy to provide new manager Mikel Arteta with some transfer funds to bolster his defence, with RB Leipzig centre-back Dayot Upamecano thought to be high on their scouts' wish list.

The 21-year-old Frenchman has long been viewed as one of the most exciting young defenders around, but will enter the final 18 months of his contract in January and could be available for around £40m.

The Gunners failed with an approach worth around £55m during the summer, with Leipzig thought to be holding out for around £92m, which prompted them to seal a cut-price move for ​David Luiz from ​Chelsea. 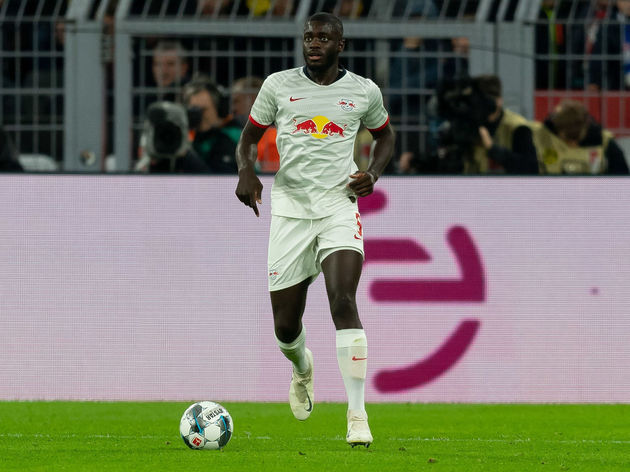 However, the Brazilian has failed to inspire the security which Arsenal wanted from him, forcing them back into the transfer market for someone like Upamecano.

Rivals ​Tottenham Hotspur have also been linked with the Frenchman, while the reported £40m price tag will likely encourage interest from a few other clubs around Europe, so Arsenal may have a battle on their hands to get this one over the line.