5 Players Sheffield United Should Sign in the January Transfer Window

​How many Sheffield United fans would've expected this, eh?

Their side; playing an expansive brand of football in the top flight, competing with the best and within six points of the top four at the start of 2020. Who would've thought it?

While the Blades' season thus far in the Premier League under a manager who has overseen the club rise from the depths of League One has been nothing short of magical, there's still work to do and there's little doubt that Chris Wilder will be hoping to secure at least a top-half finish come May.

The Blades boss has emphasised the importance of bringing in a couple of high-quality players in January and he's expected to receive financial backing from the board.

So, who should they be looking to bring in? With George Baldock quickly establishing himself as one of the league's better full/wing-backs, any move for Spurs' Kyle Walker-Peters would be purely to add depth to the position.

Walker-Peters has failed to establish himself in the Spurs side since his MOTM display against Newcastle on his Premier League debut back in 2017 and has started on just one occasion under new manager Jose Mourinho.

Despite his physical deficiencies, the 22-year-old is more than comfortable with the ball at his feet and has proven to be a competent 1v1 defender. Not many can say that they have three assists in one Premier League game but Walker-Peters can and, overall, Wilder's use of wing-backs may see him get the best out of the Spurs man. 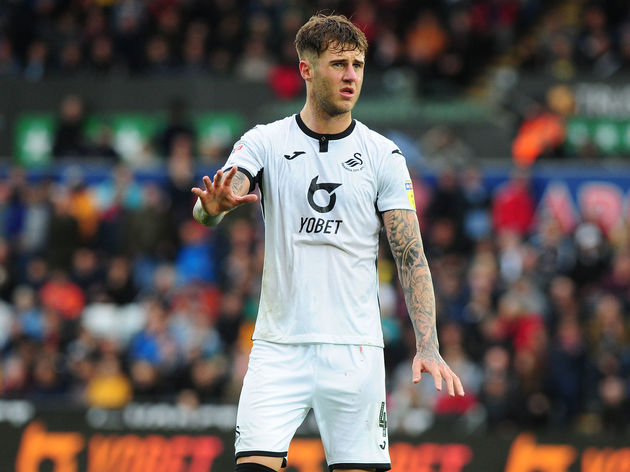 With 37-year-old Phil Jagielka currently the only able deputy to Sheffield United's impressive back three, there's no doubt that adding defensive depth should be a priority.

The Blades have reportedly held an interest in Swansea's Joe Rodon in the past and it wouldn't be a surprise to see them pursue the Welshman. Impressive displays for the Swans last season saw him earn a call-up to the Wales squad for the first time in August and he's gone on to make four appearances for the national side.

His ball-playing ability is similar to that of John Stones and with Wilder encouraging his centre-backs to receive the ball short and even affect play in the final third, Rodon could be a great fit for the Blades.

The only issue is, Rodon suffered a long-term ankle injury back in October and is likely to miss the majority of the season. Therefore, a January move may be unlikely. If Rodon's injury puts Sheffield United off, then they should certainly go after Nottingham Forest's Joe Worrall - with Arsenal and Everton also believed to be interested in the defender.

The 22-year-old has represented England at a Under-20 and Under-21 level, while quickly becoming one of the Championship's most sought after prospects.

Worrall has been a prominent member of the Forest starting XI this season and his impressive performances in the heart of their defence has gone a long way in their bright opening half of the campaign. They currently sit fifth in the table and hold the league's third-best defensive record - conceding just 23 in 24 games.

While he's not as good in possession as Rodon – the Swansea man enjoying an 84.9% pass completion rate compared to Worrall's 81.4% on over 17 more passes per game – the Forest defender is an incredibly intelligent centre-half and his experience with Rangers last season has seen him mature massively.

Worrall may be the perfect option to succeed Chris Basham in the Blades backline. While the trio of John Lundstram, John Fleck and Ollie Norwood have all been superb this season, adding a little bit of creativity and dynamism to the Sheffield United

QPR's Eze is understood to be available for just £12m and if the Blades were to get this one done, it could prove to be yet another astute bit of business by the club.

The 21-year-old has continued to mature in the Championship since arriving from Millwall as a teenager in 2016. Eze has followed up his impressive breakthrough season last time out with 13 goal contributions through 25 league games this season.

A fantastic dribbler who has an eye for goal, Eze is also comfortable playing a little deeper, meaning he wouldn't have to be shoehorned into the Blades' 3-5-2 system. If you were to pick a minor weakness in this Sheffield United side, you could say that they lack a little bit of firepower up top - with their five striker options combining for just ten goals this season.

So, with plenty of depth at this position already, it's likely that someone will have to depart for a fresh face to come in – and that fresh face should be Brentford's Ollie Watkins.

The 24-year-old seems like the perfect fit for Wilder's side: he can hold the ball up, is deadly in the air, provides a threat in transition and most importantly, he knows where the goal is - scoring 15 goals in 25 Championship

Although he may cost the Blades £20-25m, this is a signing which would solve their one glaring weakness and would go a long way in securing their status as a Premier League