​Manchester United are reportedly fearful that midfielder Scott McTominay could be on the sidelines for up to eight weeks, after scans confirmed injured knee ligaments.

McTominay has blossomed into one of United's most important players, making 21 appearances in all competitions so far this campaign.

The 23-year-old recently hurt his knee during the recent win over Newcastle, but played on until he was substituted at half time. He was then seen leaving the stadium on crutches after the game.

After the 4-1 win, manager Ole Gunnar Solskjaer ​confirmed that the midfielder had likely suffered from some form of knee ligament damage and although the club was still waiting for more information, the boss had hoped to see McTominay return within three or four weeks.

However, the Daily Mail are now reporting that the Scotland international could be out for up to eight weeks after scans confirmed injured knee ligaments. 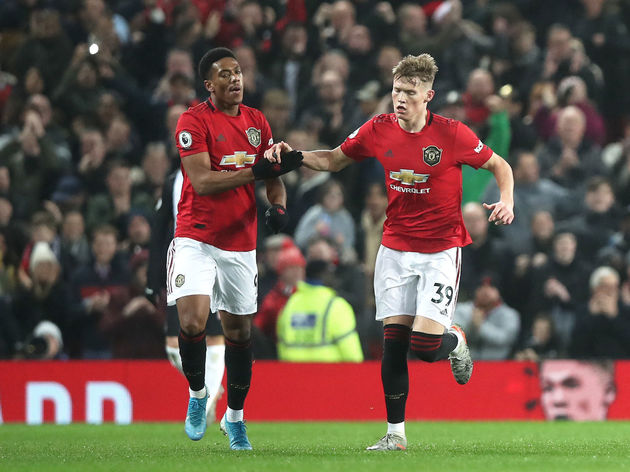 This means that McTominay would miss the trip to ​Arsenal on Wednesday, while he would also miss the tussle with Liverpool and both legs of his team's Carabao Cup semi-final with rivals ​Manchester City.

With the ​United man now ruled out of the upcoming clash with the Gunners, Solskjaer will be desperate to have ​Paul Pogba available. The Frenchman recently returned from an ankle injury and managed 45 minutes against Newcastle, but did not travel with the squad to face Burnley on Saturday. Solskjaer ​has revealed that the 26-year-old

The Red Devils ​have reportedly shown an interest in Benfica's Gedson Fernandes, with the midfielder's representatives currently in England looking to negotiate a deal for the 20-year-old. Moreover, United ​are optimistic about their chances of signing Tottenham midfielder Christian Eriksen when his contract expires in the summer.