Burnley and Aston Villa will be looking to get their 2020 off to a winning start when they face each other at Turf Moore on New Year's Day.

Aston Villa have been tasked with hauling themselves out of the drop zone after they slumped to a disappointing 3-0 defeat to relegation rivals Watford last time out, leaving the Villans in the bottom three.

Villa face a Burnley side who have failed to win or score in their last two outings. However, Sean Dyche's side do appear to have shored up defensively in recent weeks following heavy defeats to Manchester City and Tottenham at the start of December. Ashley Barnes should be fit to start for ​Burnley, although he has been managing a groin strain in recent weeks and may be restricted to a substitute's role following the heavy Christmas fixture schedule.

Claret's on-loan midfielder Danny Drinkwater has been linked with a January move to Wednesday's opponents Aston Villa, and may not be included in the squad due to the uncertainty surrounding his future. The Chelsea man has featured just once for Burnley in the ​Premier League this season.

​Tyrone Mings could be in contention for a return to the ​Villa starting XI, having not played since sustaining a hamstring injury against Leicester at the start of December. Keinan Davies could also be available; the striker has been sidelined for two months with a hamstring injury.

However, Matt Target is unlikely to feature after injuring his hamstring during Villa's recent outing at Watford. The visitor's will also be without key midfielder John McGinn, who has been ruled out for three months after fracturing his ankle against Southampton.

Tom Heaton will likely start in between the sticks for Villa, making his first appearance at Turf Moore since he left Burnley in the summer. The Villa keeper spent six successful years with the Clarets, making more than 180 appearances. Wednesday's match will be the 118th meeting between the two sides​. Villa have the slight edge in the fixture, winning 50 of the encounters between the pair, while Burnley have come out on top on 40 occasions. The remaining 27 meetings have ended all square.

The pair played out an entertaining 2-2 draw at Villa Park earlier in the season, Burnley twice coming from behind to rescue a point. It is nearly 10 years since Aston Villa registered a win over the Clarets in the Premier League; a 5-2 win in February 2010.

Burnley will fancy their chances going into this battle of claret and blue. They have only lost one of their past 11 league meetings with Aston Villa (W5 D5) – a 5-2 reverse at Villa Park in February 2010.

Villa's away record in the Premier League is problematic, with one win and four draws from their past 28 matches on their travels. Five managers – Tim Sherwood, Kevin MacDonald, Remi Garde, Eric Black and current boss Dean Smith – have overseen games during this period. 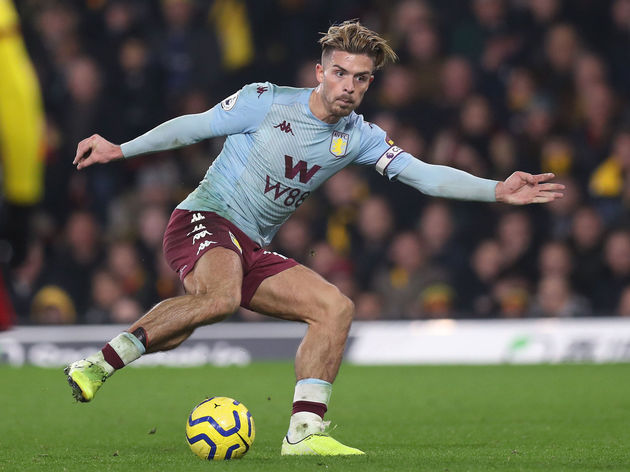 Their hopes here could lie with Jack Grealish, whose five goals and five assists give him more goal involvements than any other English midfielder in the Premier League.

Despite losing five of their past seven and scoring three goals during that slump, Burnley can be buoyed by the knowledge they have lost just one of their previous 18 top-flight games against teams starting the day in the bottom three (W9 D8). Burnley have not drawn a match since their last meeting with Aston Villa back in September, winning five and losing eight. The Clarets recovered from heavy defeats to Manchester City and Tottenham with wins over Bournemouth and Newcastle, but have lost their last two, albeit to Manchester United and an Everton side with Carlo Ancelotti at the helm for the first time.

Villa have suffered a poor run of form throughout December, picking up just one victory - a crucial 1-0 win over Norwich - in their last seven Premier League outings, leaving Dean Smith's side in the relegation zone. Their 3-0 defeat to 10 man Watford was particularly disappointing.​

Here's how the pair have fared in their last five. Although Burnley's home form is not as strong as it has been in previous years, the Clarets will still be favourites to claim all three points on Wednesday. Villa are in a real slump in form, and although John McGinn has not hit the heights that he did earlier in the season, losing the Scottish midfielder will still be a blow for Villa.

Burnley look to be back to their stubborn best at the back, and should see out the win that could lift them into the top half of the table.