​Juventus have penned an emotional goodbye to Mario Mandzukic, after the Croatian completed his switch to Qatari side Al-Duhail.

Mandzukic joined the Italian giants back in June 2015 and went on to make 162 appearances for the club, finding the back of the net on 44 occasions.

Thank you, @MarioMandzukic9! All the best on your next adventure!

However, the 33-year-old did not play a single minute of competitive action under new manager Maurizio Sarri this season, with the Italian preferring the trio of Cristiano RonaldoGonzalo HiguaínPaulo Dybala. As a result, there was much speculation regarding his future at the club. "Super Mario wore the jersey with pride, charisma, and a sense of belonging in the 162 occasions he put on the black and white jersey, where he scored 44 goals: 31 in the league, two in Coppa Italia, one in the Super Cup and 10 in the UEFA Champions league. Not to mention, who can forget the fantastic goal scored in Cardiff against Real Madrid?"

Mandzukic proved during his time at the club that he is a versatile attacker, with the player often used on the left-wing in order to accommodate for the needs of the team. Despite this, he continued to prove his worth, scoring numerous crucial goals for his side. 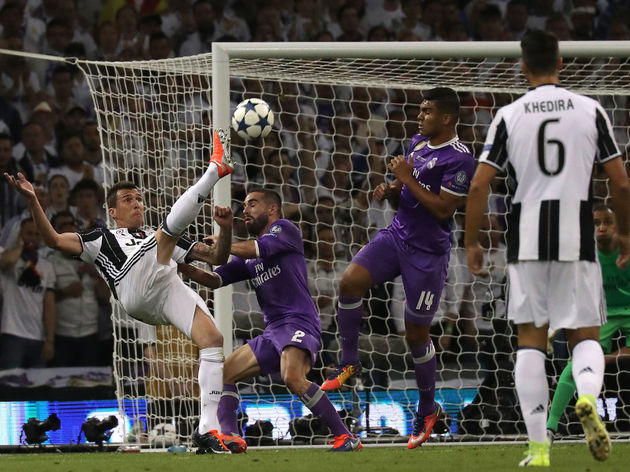 "His aerial ability is one of his strongest suits, along with his calm and ruthless presence inside the box. It goes without saying that Mandzukic is a multi-faceted footballer, who at Juventus, was also invented into a wide striker in order to suit the needs of the team. His versatility left the supporters amazed, after initially thinking he was a man for the penalty area and nothing else.

"Mandzukic is the Croatian player to have scored the most goals in Serie A with the Juventus jersey (31), while only Dybala (11) has scored more goals than him (10) in the last four UEFA Champions League seasons.

"But, above all, 16 of his 31 goals in Serie A were scored with the scoreline at 0-0. This figure alone shows how decisive Mr. No Good was during his experience in black and white.