​Erling Haaland's arrival at Borussia Dortmund has made more waves than anticipated, with the German giants' only other recognised striker Paco Alcacer believed to be seeking an exit route.

Alcacer has reportedly told Dortmund officials that he wants to leave the club just 24 hours after the arrival of the prodigal 19-year-old from RB Salzburg.

Spanish publication ​Marca claims that Atlético Madrid have already made contact with unsettled Alcacer, with a view to a transfer when the January window opens in a matter of days. 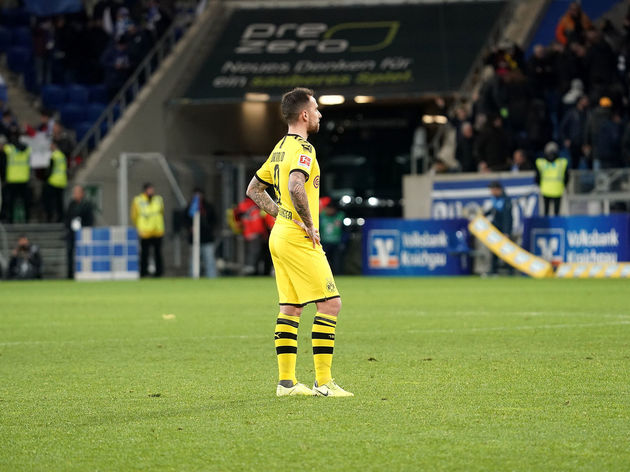 Dortmund ​confirmed the arrival of Haaland on Sunday, ending months of speculation surrounding his future after a prolific start to the 2019/20 season in Austria. The Germans reportedly ​paid €20m to activate the young Norwegian's release clause, while they also had to pay an additional €10m to Haaland's father

They also had to pay a whopping €15m commission to agent Raiola - which is exactly what convinced Manchester United to pull the plug on their own attempts to sign Haaland.

While it seems like a good deal all round for such a talent, one man who has apparently been left miffed is Paco Alcacer. The player - who is close with Atléti striker Alvaro Morata - is said to want to return to Spain and will want sufficient game time with Euro 2020 on the horizon, with his place in the Spain squad in the balance.

Atlético are interested in both the 26-year-old and veteran Uruguayan Edinson Cavani, but the latter's hefty wages are considered problematic.

Marca reports that Atléti may take Alcacer on loan for the remainder of the season with an obligation to buy in the summer. He would cost in the region of €30m, the same figure Dortmund paid Barcelona for him in the summer following his successful loan spell.