Premier League Fantasy Football: Who's Hot and Who's Not in Gameweek 21

​If you have spent 2019 fruitlessly worrying about your fantasy football team, then join the club. But 2020 bring new challenges like...well, fretting some more about fantasy football.

Maybe our new year resolutions should be to go to the gym, or visit new places and try new things, but it won't be. Our resolution will be to finally triumph in our FPL mini-leagues, and reign supreme over our loved ones and friends.

Christmas has given us plenty of food for thought with Liverpool's continued ascendancy, Manchester City's (relative) fall from grace, and what ever the bloody hell is going on at Arsenal. Watford and Everton have enjoyed new manager bounces, while Norwich and Aston Villa look in some peril, and Tottenham and Chelsea prove as unreliable as we all knew they were.

But forget the past, this is about the new year, the new us. With that in mind, here's 'Who's Hot and Who's Not' in gameweek 21.

Ben Foster - Currently the highest point-scoring goalkeeper in FPL, Foster has a knack for making the incredible look easy. Some stunning stops against Aston Villa earned ​Watford a crucial clean sheet, with a much-improved defence under new boss Nigel Pearson. With that said, the Hornets' upcoming games at home to Wolves, before travelling to Bournemouth and Aston Villa in three of their next four league games, looks to be a surefire points winner. Kasper Schmeichel - Now time for the second highest points scoring FPL keeper, Mr. ​Schmeichel. Just one point behind Foster, the Danish goalie's most difficult fixtures have passed him by, and now it's time to jump back on the bandwagon. His visit to Newcastle on New Year's Day, followed by games against Southampton, Burnley and West Ham, spell big returns for the Leicester keeper.

Nick Pope - While the Englishman's home fixture against Aston Villa doesn't seem to challenging, it's all about preparing for the future with keepers. His four games following see Burnley clash with Chelsea, Leicester, Manchester United and Arsenal...not too many obvious clean sheets in there.

Ben Chilwell - At £5.7m, the ​Leicester left-back is on the more expensive side of defenders. However, he is significantly cheaper than teammate Ricardo Pereira, and with the Foxes' favourable run of upcoming fixtures, Chilwell could be set for some quality defensive, as well as attacking, returns. Trent Alexander-Arnold - While his eight point gameweek 20 return didn't quite match the 24 points he earned on Boxing Day, it was another strong performance from the youngster. Half-a-dozen or so great crosses in to the box were unlucky not to have been converted, and with Sheffield United at home coming up, another clean sheet is on the horizon.

David Luiz - I would steer well clear of any ​Arsenal players at the moment, but especially defenders. This man in particular has always been an FPL bomb-scare and his fly-kick in to N'Golo Kante's face was grim viewing. Next up is Manchester United for the Gunners, and while that doesn't hold quite the same weight as it did ten years ago, the Red Devils tend to show up against the 'big six'. Kevin De Bruyne - The Belgian has been the shining light in a pretty dark season for Man City. Despite their difficulties in recent weeks, ​De Bruyne has still managed to amass points, with a 14-point haul in City's last game against Sheffield United. With the inconsistent Everton up next at the Etihad, before matches against Aston Villa and Crystal Palace, now is a good time to back the Sky Blues' talisman.

Bernardo Silva - With 'Pep Roulette' always a possibility, ​Silva seems like a risk not worth taking. Having scored no more than two points in his last five matches, the midfielder has struggled to recapture the scintillating form he exhibited last campaign. And, I can't believe I'm saying this but, you can't rely on City this season...

Harry Kane - The Tottenham striker has been an FPL staple in recent seasons, and he's starting to prove that again under Jose Mourinho. While performances have began to slow down, ​Kane hasn't, scoring two goals in his last two matches and four in his last five. He sure is expensive, but with Southampton, Watford and Norwich in three of his next four outings, goals are expected. 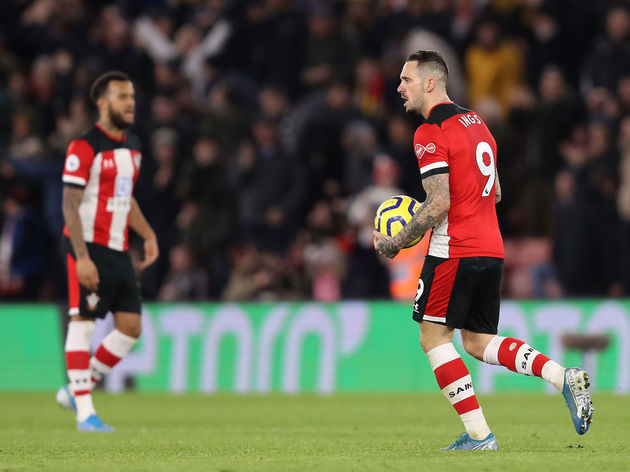 Danny Ings - Where has this come from? While we all knew ​Ings was a decent goalscorer, he just can't stop at the moment. Southampton's improved form helps, but the former Liverpool striker has now bagged nine goals in his last ten matches. While encounters with Spurs and Leicester appear daunting, Ings has scored against Tottenham, Liverpool, Chelsea and Arsenal this season.

Gabriel Jesus - Sergio Aguero's return spells big trouble for this fella, who has endured a bit of a rollercoaster ride during his spell in the side. With the Argentine scoring on Sunday, Jesus' starts in the Premier League may become limited, and you just can't read Pep's mind when it comes to teams selection.