The Bundesliga giants fought off competition from many of Europe's biggest sides, including Manchester United and Juventus, to bring in Haaland ahead of the January transfer window.

There has been intense speculation over how much a deal to prise Haaland away from Salzburg would actually cost, and details have now been listed by prominent Italian journalist Nico Schira. He reports that ​Dortmund paid €20m to activate the young Norwegian's release clause, while they also had to pay an additional €10m to Haaland's father to obtain 100% rights to the striker.

They also had to pay a whopping €15m commission to agent Raiola - which is exactly what ​convinced United to pull the plug on their own attempts to sign Haaland.

That €20m fee which Dortmund paid to free him from his Salzburg contract works out at less than half of the actual cost of the deal, with Raiola and Haaland's father pocketing a combined €25m for their roles in the deal. In terms of his contract, Haaland has signed a deal until 2024 which will see him earn €6m per year for the first two seasons, before his wage is bumped up to €8m for the remaining two campaigns.

There will also be a release clause in his contract, although Schira does not mention how much that has been set at.

Regardless of the money involved, there is no denying that this is an incredibly exciting deal for Dortmund. Haaland bagged a stunning 28 goals in just 22 appearances for Salzburg this season, establishing himself as one of the most lethal young strikers around. 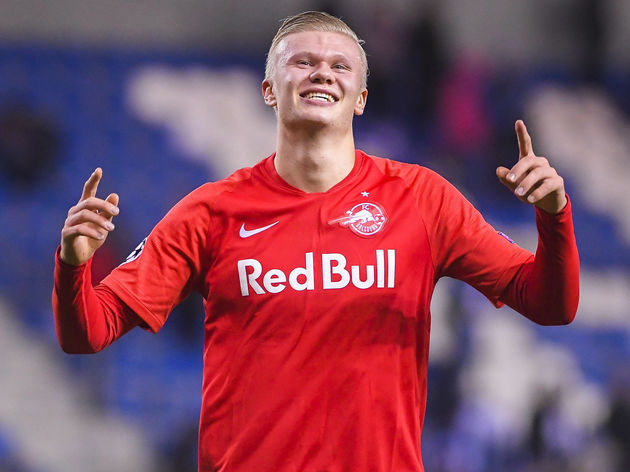 That tally also includes goals against both ​Liverpool and ​Napoli in the group stage of this season's ​Champions League, so Dortmund will certainly be keen to see Haaland hit the ground running in Germany.

Dortmund currently find themselves fourth in the ​Bundesliga, seven points behind league leaders RB Leipzig. They are locked in a battle for Champions League qualification, so will hope that Haaland can help them get over the line.