​Arsenal host Manchester United on New Year's Day in what should be a mouthwatering clash between two sides who used to be bitter rivals.

The Gunners have just one win in their last 15 games, but there have been signs of improvement under the management of Mikel Arteta against Bournemouth and more recently Chelsea. United are enduring a largely inconsistent season, often slipping up against sides in the lower reaches of the table after promising performances against the league's bigger boys. The Red Devils will hope to flourish in another big game here, with Marcus Rashford and Anthony Martial full of confidence right now.

Here is 90min's preview of the massive fixture.

For ​Arsenal, they will be hoping that Sokratis can return and take his place in defence in place of the calamitous Shkodran Mustafi. With ​Calum Chambers and​ Rob Holding likely to miss the game, the Greek defender's return couldn't come quick enough.

Kieran Tierney and Sead Kolasinac continue to be sidelined, but Arteta will be hoping that Hector Bellerin and Gabriel Martinelli are fit to return to the squad. Question marks remain over Granit Xhaka, with the midfielder missing the last game with illness, while a move to Hertha BSC appears to be edging closer.​ Despite being in and out of the team for the last few matches, Ole Gunnar Solskjaer could be tempted to play ​Paul Pogba in a match of this magnitude. The Frenchman has just returned from injury and is being managed carefully by the Norwegian. Aaron Wan-Bissaka is also expected to return after being rested against Burnley.

Luke Shaw could also come back into the team in place of Brandon Williams. However, Scott McTominay, Eric Bailly, Diogo Dalot, Marcus Rojo and Timothy Fosu-Mensah remained sidelined for ​United. Arsenal vs Manchester United has been a historic fixture in England for decades, with the sides taking each other on a whopping 231 times. United lead the head-to-head with 99 wins to Arsenal's 83, and will be in search of a century of wins over the Gunners. There have also been 49 draws been the two teams.

Arteta's men have just one win in their last six against United, with that coming at the Emirates last season in a 2-0 ​Premier League victory. Xhaka and ​Pierre-Emerick Aubameyang were the goalscorers on the day. 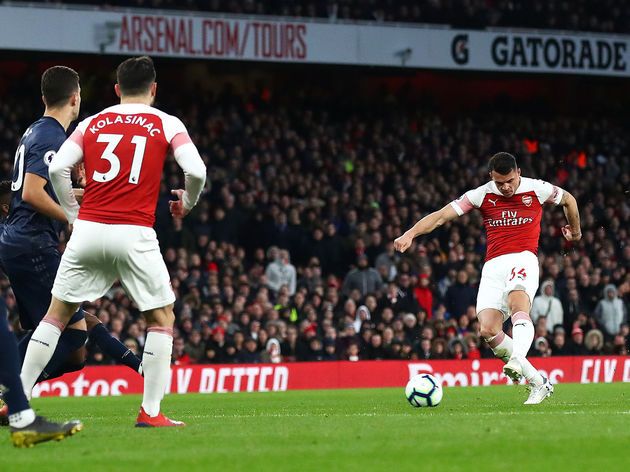 The last meeting between the sides ended up in a 1-1 draw, with a cheeky finish from Aubameyang (who else?) cancelling out a brilliant strike from McTominay at Old Trafford. United are consistently inconsistent. After a draw against Everton, they lost to relegation strugglers Watford. However, recent wins against Newcastle and Burnley would have injected them with some confidence. As However, Arsenal need to be fitter than they were against Chelsea, which is clearly something the Spanish manager needs to work on. They also need to be wary of the United counter-attack, something that has proven deadly on a number of occasions.

If the London outfit can put in a similar performance to the one against Chelsea then they have every chance of getting a much-needed win. One thing is for sure, this fixture is guaranteed to be an absolute cracker.