​Liverpool's Xherdan Shaqiri could miss the Reds' next two matches following an injury sustained prior to their 1-0 victory over Wolves on Sunday.

The Swiss international has struggled with injuries all season, but impressed in his comeback in the Merseyside derby - a game in which he scored.

However, it appears injury has reared its ugly head for Shaqiri once more, with the midfielder looking set to miss the upcoming games with Sheffield United and Everton in the Premier League and FA Cup respectively. Talking to ​BBC Sport after Sunday's victory, Jurgen Klopp confessed that he had planned to start the 28-year-old against Wolves, but now fears he may miss several key clashes due to a hamstring problem.

Shaqiri could have started but last night he felt a little bit the hamstring; he’s out not for long, but maybe a week or 10 days, whatever," said the ​Liverpool boss.

The hectic festive fixture list has wreaked havoc for the German manager once again, as he has had to deal with a myriad of injuries in recent weeks.

However that hasn't exactly hindered Liverpool's league form, as they have still dropped just two points all season - winning 18 of their 19 Premier League games. 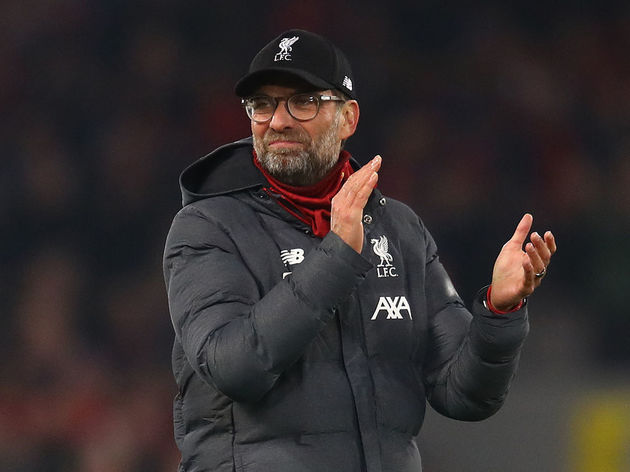 The Reds narrowly saw off Wolves to maintain their impressive lead atop the league table, now sitting 13 points clear of second place Leicester with a game in hand.

The game was marred by VAR controversy, as seemed all too frequent throughout the weekend, and the Reds rode their luck to end 2019 on a high. The 1-0 win was Liverpool's 50th Premier League home game unbeaten and saw them pick up ​98 points in the calendar year - the second highest total in Premier League history.

Klopp's side will be hoping to bring their form in to the new decade with their first game of 2020 taking place against Sheffield United on 2 January.