5 Players Aston Villa Should Sign in the 2020 January Window

​It's been a tough season for Aston Villa, as Dean Smith's side currently sit in 18th place in the Premier League and struggling to find a win from anywhere.

With a 3-0 loss to a ten-men Watford heralding a new low for the Villans, signings have to be made in the January transfer window if they want any sort of chance of staying in the Premier League.

With an over-reliance on Jack Grealish, and John McGinn now out for a significant period, Smith will have to look to address these areas in particular.

Let's take a look at some of the players Aston Villa should be looking to sign when January arrives. ​Aston Villa have been linked with Rangers' Glen Kamara for a while, and with McGinn now ruled out for a a few months, they should step up their efforts to sign the midfielder.

The 24-year-old has excelled in the Scottish Premiership, and attracted the attention of a number of clubs in England. His ability to dictate play from deep and also break up opposition attacks would be crucial in McGinn's absence, and he can also offer competitions to the likes of Douglas Luiz and Conor Hourihane in midfield.

Whether they can prise him away from a resurgent Rangers is a different story. With Trezeguet failing to live up to expectations, Villa are in desperate need of a pacy winger to play on the right hand side who can can run at defenders and carry the ball across the pitch. Jarrod Bowen is that man, and as well as that, he offers bucket loads of goals.

The 23-year-old has scored 16 goals in 24 appearances in the Championship this season, and would be a massive asset for any team outside the top six in the Premier League. 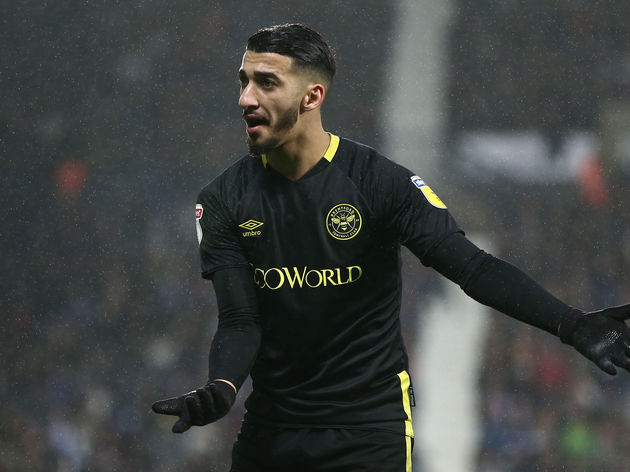 Another option for the right-hand side is Said Benrahma. The Algerian played under Dean Smith at ​Brentford, and is undoubtedly one of the best players in the Championship.

A number of ​Premier League clubs including Chelsea and Tottenham have been linked with the player, showcasing the talent the 24-year-old possesses. His trickery and pace would be a major asset for Villa, and he should be one of the men high on the Villans' shortlist. The Werder Bremen forward has been on fire in the Bundesliga this season, grabbing seven goals and three assists in just 13 games.

They could play Rashica on the left and move Grealish into the midfield, or even play Kosovo international up front in front of the goal-shy Wesley. He could also play on the right in support of Wesley and Grealish.

This signing would make a lot of sense, and would help in a number of departments. There's no point wasting money on someone who might come in and score goals. They need someone who will score goals. Mitrovic will. They have to go all out for him. He has already scored 18 goals in the Championship this season, showcasing just how good of a goalscorer he is.

However, if they aren't able to take him off Fulham's hands, then there's no point wasting money on any other unproven striker. They should then wait until the summer to find someone to score goals for them.