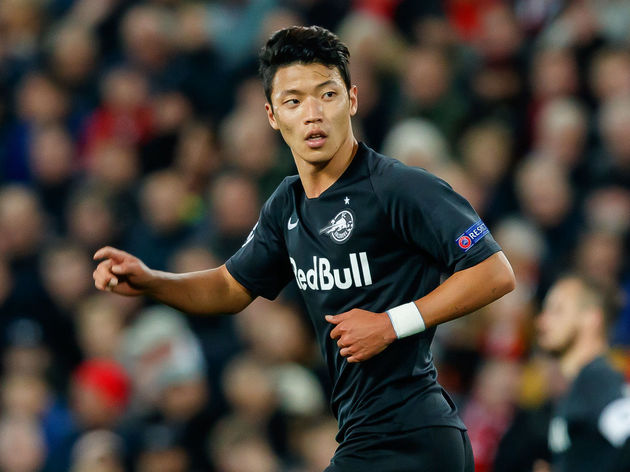 Wolves have been long-admirers of Hwang, and ​the Hamburger Morgenpost has reported that an agreement has been reached between the two clubs and the player to make the move to the Premier League next month for £23m.

Nuno Espirito Santo already bolstered his attacking options in the summer, when the Midlands club completed the signings of Patrick Cutrone from Italian giants Milan, and Pedro Neto from Braga.

But Santo is aware that his side will be competing in both the Premier League and Europa League in the new year, and he is desperate to add another fresh face to his potent attacking lineup.

Hwang spent last season on loan at German side Hamburger SV, but injuries restricted the 23-year-old to 20 appearances, where he scored only just two goals. The young striker has come to life this year however, and he struck up a fearsome partnership alongside in-demand Erling Haaland and ​Liverpool's latest signing

severely contradicted by latest reports, which suggest that an agreement has been struck, and a move to England is imminent for Hwang.

​Wolves are currently seventh in the Premier League, and Manchester City