Aaron Wan-Bissaka has opened up over his meteoric rise to success as a Manchester United full-back, and he has accredited his tough-tackling abilities to his time playing as a right-winger as a Crystal Palace youngster.

Wan-Bissaka made his name as a physical right-back with the Eagles, and earned himself a huge move to Man Utd over the summer, but he had started his football journey as a budding striker. But while talking to ​the Daily Mail, the 22-year-old confessed that he was 'happy with the chance' to occupy a spot in any backline, and the Red Devils star 'used to love tackling' as a flying winger, too.

"It has gone so quick, such a short space of time, but I'm happy with the chance I was given in that position. I don't regret it," he said.

"But the change hasn't been massive to me. I always had that defensive mindset when I was an attacker.

"I used to love tackling as well. When I played right wing, left wingers would beat the right back and I'd be recovering and getting the tackles in. That's where it really started."

Wan-Bissaka explained that his time occupying the right flank taught him to understand the mindset of the typical winger, and it has helped him to predict what type of movements his opposition is likely to make. 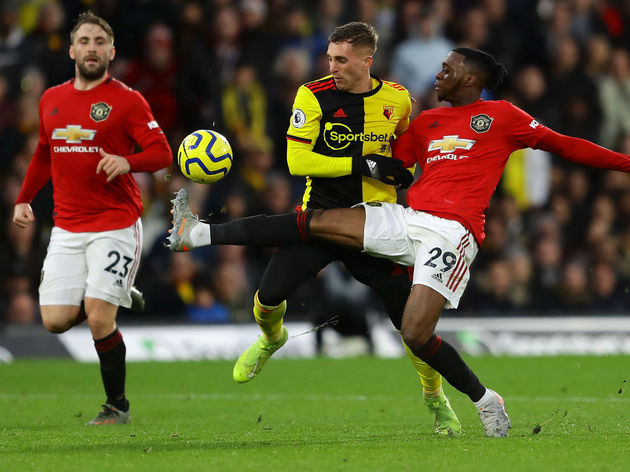 "Because I've been in a winger's position I know how to think at times. Where you see space down the line you take it. That's what I like to give them.

"A little gap and show them the outside so they think they can kick it and run but little do they know, it's not going to happen."

The full-back has become one of the most reliable players in the ​Man Utd team, and he has been pivotal in his side's return to form, which has lifted Ole Gunnar Solskjaer's men to fifth in the Premier League table.

The 22-year-old also expressed his love of tackling, admitting that 'it's the worst feeling' when his opposing winger beats him.

"When the game kicks off my first thing is to get two tackles in, tackle them twice [before they get going] because I think that will kind of rattle them or make them think this is going to be a long game.

"If someone was to [get past me] it's the worst feeling. That gives them confidence to come and do it again and keep doing it."