The game got off to a blistering start with Christian Kabasele forcing a save out of Tom Heaton with barely 30 seconds played. Watford capitalised on this early momentum and dominated the opening exchanges. It took until the 25th minutes for the visitors to register their first shot on goal, with Wesley's point-blank header somehow being kept out by Ben Foster.   ​

The best chance of the half, however, fell to Troy Deeney. A fortunate deflection afforded the Hornets captain with an open goal but he snatched at it and allowed Heaton to make an easy save. Deeney would make amends for this glaring miss moments later, sweeping in a rebound to give his side a 1-0 lead just before the break.

Watford continued to dominate proceedings at the beginning of the second half, but their hopes of securing a win were dealt a serious blow when Adrian Mariappa was sent off for two quickfire yellow cards with just under an hour played.

The Hornets did not seem too affected by this though as they went on to score a controversial second goal minutes later. With Matt Targett down injured, the Hornets played on with Deeny being slipped through a fouled by Douglas Luiz in the penalty box. The Hornets skipper than converted the spot-kick to double the home side's advantage.

Ismaila Sarr put the game beyond all doubt soon after, slotting home Etienne Capoue's pinpoint cross to give the hosts a 3-0 lead. Nigel Pearson has brought a newfound optimism to Vicarage Road since taking over at the beginning of the month and this game against fellow strugglers Villa was the most important of his tenure to date.

Thus, it was slightly surprising to see the former Leicester boss deviate from the tactical blueprint that has brought the Hornets so much success in recent times. Perhaps in an attempt to make his goal-shy side more dangerous going forward, Pearson opted to ditch his back three in favour of a flat back four against the Villans.

The effect of this new shape was to give Ismaila Sarr and Gerard Deulofeu greater attacking licence out wide and the Hornets created a decent amount of opportunities in the first half, even grabbing a scrappy goal through Deeney. 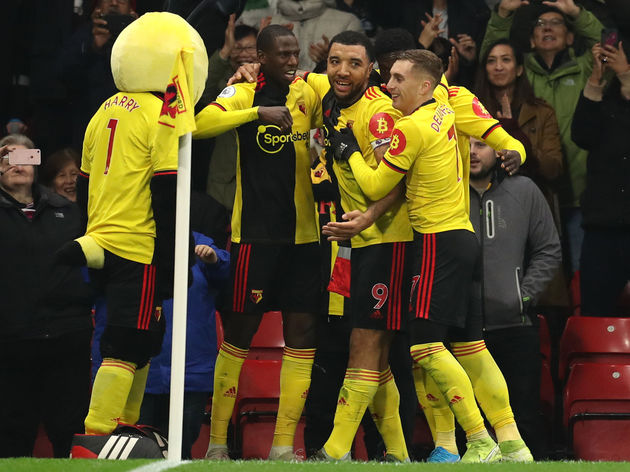 Watford were even better in the second half and did not seem at all affected by Mariappa's sending off.

Spearheaded by Deeney, the Hornets front line counter-attacked with a fluidity that has not been witnessed all season at Vicarage Road. It was Watford's most authoritative performance of the campaign to date. 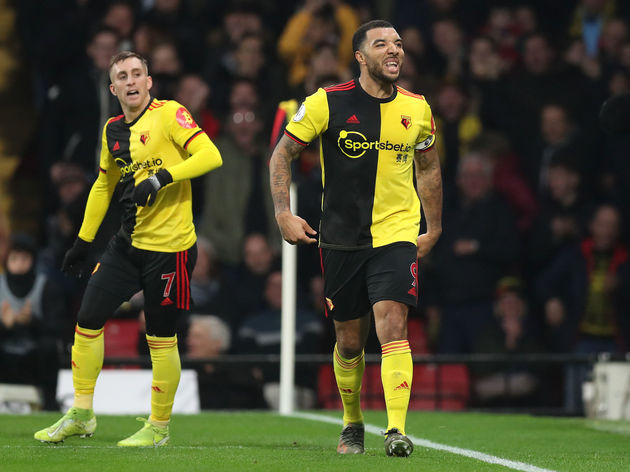 Love him or loathe him, you have to respect Deeney's performance against Villa. The Hornets skipper bounced back from missing a gilt-edged opportunity in the first half to play a vital part in each of the Hornets three goals - scoring two and providing the second-to-last pass in his side's counter-attacking third goal.

5 - Troy Deeney has scored five goals in three league appearances against Aston Villa, with four of those coming at Vicarage Road. Bluenose. pic.twitter.com/857Tsiffk7

Ask me again why Troy Deeney is the fucking GOAT

Coming into the game, Villa had the worst away record in the ​Premier League and therefore were understandably conservative in their approach to this game.

Content to sit back and hit Watford on the counter, their plan was executed well and if Wesley had put away a great opportunity ​25 minutes in and Heaton had managed to keep out Watford's scrappy goal, the visitors could have gone into the break 1-0 up. A stark demonstration of the fine margins that can define the Premier League relegation battle. After such a measured and well-executed first half plan, Villa become the architects of their own destruction in the second half with Douglas Luiz brainlessly giving away a penalty just after the Hornets went down to ten men on the hour mark.

Soon after, Jack Grealish added to their misery by clumsily surrendering possession to Etienne Capoue, who thank kick-started the counter-attack that resulted in Watford's third goal.

Watford's quickfire double took the sting out of the game as Dean Smith's side limped to yet another away defeat, a result that leaves the Villans deep in relegation trouble. Grealish stands out like a sore thumb in this underperforming Villa side and created chance after chance from his hometown club, despite being lumbered with far too much defensive responsibility by Dean Smith.

An England cap is surely on the horizon for this talented playmaker and who knows maybe even a call up to the Euro 2020 squad?

Outside of Heaton and Grealish, which of our players would get in ANY other Premier League side? #avfc

​The festive fixtures keep on coming in the Premier League and both of these sides have a New Year's Day game to contend with in the very near future.