​Liverpool legend and current Rangers boss Steven Gerrard has aimed a dig at Manchester United when comparing the Reds' rivalry with the Red Devils to the Old Firm derby.

Gerrard's men are currently sat second in the Scottish Premiership, having picked up 47 points from their opening 18 games. They are currently five points behind rivals Celtic having played one game fewer, and have the opportunity to close the gap to just two points with the two sides set to go head to head on Sunday. 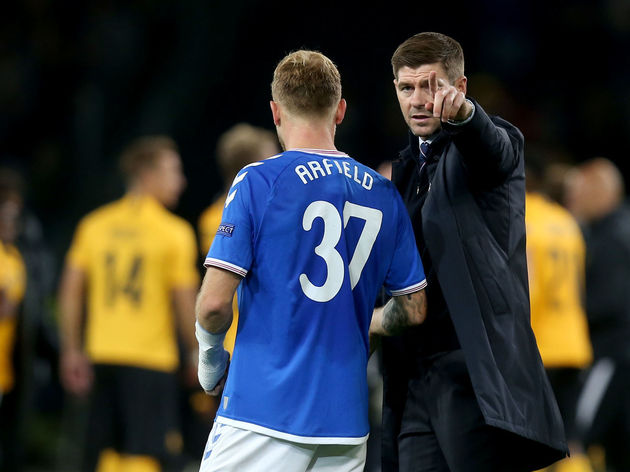 Speaking ahead of the clash, Rangers boss Gerrard made a jibe over ​Manchester United's lowly position in the league, when comparing Liverpool's rivalry with the Manchester-based side to the Old Firm derby.

The former Reds midfielder claimed, as quoted by ​the Mirror: ​Liverpool

"I think the Liverpool vs Everton match is more similar in terms of the bitterness and hatred and bragging rights in the local community but Manchester is 40 minutes, one hour away, and obviously Manchester United are not at the top of the table anymore so there's another difference for you."

The Red Devils are currently eighth in the ​Premier League, 24 points behind their bitter rivals. Liverpool have not lost a league match this season and have only dropped points in one game, whereas United have lost five times and drawn seven already this campaign.

The Reds are 13 points ahead of second-placed Leicester City and appear on course to win their first ever Premier League trophy. Jurgen Klopp's men were pipped to the title in 2018/19, but secured their sixth Champions League crown as they overcame Tottenham in the final last season.

United, meanwhile, have not lifted the Premier League trophy since the 2013/14 season. However, Red Devils fans would be quick to point out that the club have won 13 Premier League titles, while Liverpool are still seeking their first.