He may not have kicked a ball for his new team yet, but ​Liverpool fans have already debuted a song for latest signing Takumi Minamino.

Filled with elation during the 4-0 thrashing of Leicester, a group of Liverpool fans showcased the song on their journey home from the King Power Stadium - to the tune of ABBA's 'Mamma Mia'.

"Woah woah. Minamino, here we go again. Why why, Salzburg ever let you go."

It has quite the ring to it, doesn't it?

Minamino
Here we go again
Why why
Salzburg ever let you go @BillyCarney85 pic.twitter.com/0qWqumXccD

The Japan international was unveiled as the Reds' newest addition before Christmas, signing from Red Bull Salzburg for a fee of £7.25m.

The deal was completed swiftly, with the buyout clause in his contract activated and personal terms agreed within a matter of days. Jürgen Klopp will welcome the midfielder with open arms as his array of attacking options becomes even stronger.

The 24-year-old will officially become a ​Liverpool player on 1 January, although he will be ineligible for the fixture against Sheffield United on 2 January due to Premier League registration rules. He is likely to make his debut in the FA Cup fixture against Merseyside rivals ​Everton three days later.

Competition for places in Liverpool's attack is fierce, with the famous trio of Salah, Mane and Firmino proving to be ruthless, so an opportunity in the cup may be Minamino's best way of entering Klopp's plans. 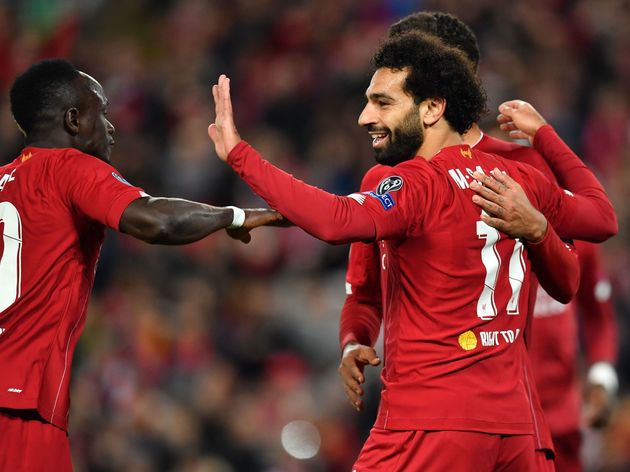 The Reds have taken a staggering 52 points from an available 54 in the ​Premier League thus far, and at the halfway stage are 13 points clear of second-place Leicester City - a gap which could increase to 16 with their game in hand.

Next up, Liverpool take on Wolves at Anfield on Sunday.