​Red Bull Salzburg striker Erling Haaland has apparently reached an agreement over personal terms with Serie A champions Juventus - but three other clubs have also met his €30m release clause.

The 19-year-old is the most in-demand player in European football thanks to his breakout season in Austria, while Haaland was also Salzburg's standout player during the Champions League group stages.

While most clubs in Europe are interested in signing Haaland, there are four frontrunners; Manchester United, Juventus, Borussia Dortmund and RB Leipzig. 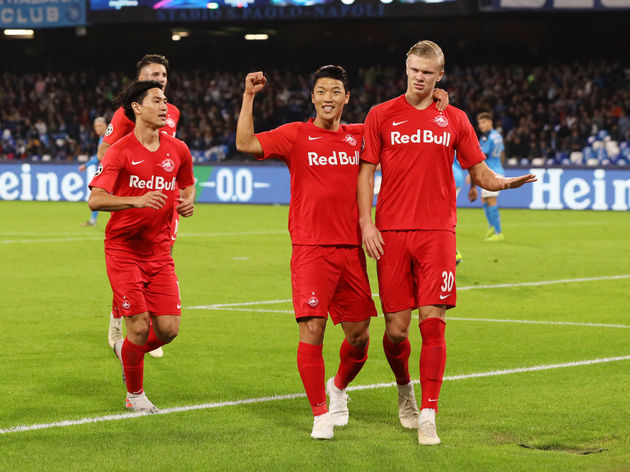 All four are claimed to have met Haaland's €30m release clause, but Italian outlet Tuttosport have provided the latest update which suggests the Norway international has already made a decision over his next move.

It's claimed that Haaland has reached a 'verbal agreement' with the Bianconeri ahead of the January transfer window - giving the green light to a long-term deal that will see him earn up to €8m a year.

It's not the first bold claim that Tuttosport have made regarding a high-profile transfer so fans from all sides should probably take this update with a pinch of salt.

As far as Haaland's future is concerned, it's already been made crystal clear that there are four clubs who a fighting it out between themselves for his signature.

The 19-year-old has already visited both RB Leipzig and Borussia Dortmund as he asses his options, with Salzburg's sister club also confirming that they've made an offer to add the Norweigan centre-forward to their potent attack.

One thing that could stand in Leipzig's way is their ability to match Haaland's wage demands, something which would put Manchester United at the front of the queue to sign him either in January or at the end of the season.

Interest from United has seen stories emerge almost daily which claim to provide updates on Haaland's future - including one on an apparent trip to Manchester earlier this month.

The rumours have forced Ole Gunnar Solskjaer - who worked with Haaland at Molde - to speak about the striker's future as well as Manchester United's interest in signing the Norway international in the near future.