​Manchester City manager Pep Guardiola has revealed that he tried to convince former captain Vincent Kompany to extend his contract at Etihad Stadium, before his move to Anderlecht.

The former Belgium international ended an 11-year spell in the north-west during the summer to kick-start his coaching career as a player-manager with Anderlecht.

However, Guardiola has revealed he actually tried to convince Kompany to sign a one-year extension with Manchester City - even after the defender said he 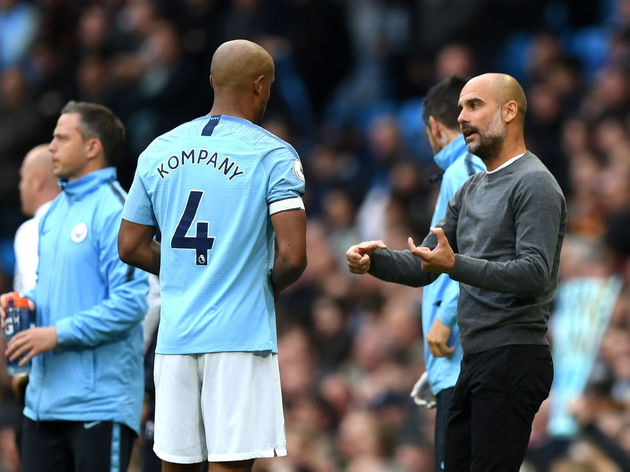 "In the last weeks, I said 'no, no, no you are not going to leave me' but he left me. When these guys take the decision it is taken."

Kompany made 360 appearances for Manchester City across all competitions - second only to David Silva as the club's most capped player of all time.

Despite appearing to have ample cover in defence following Kompany's departure, centre-back has actually been a real problem position for Manchester City this season.

Aymeric Laporte has been missing with a long-term injury, while John Stones and