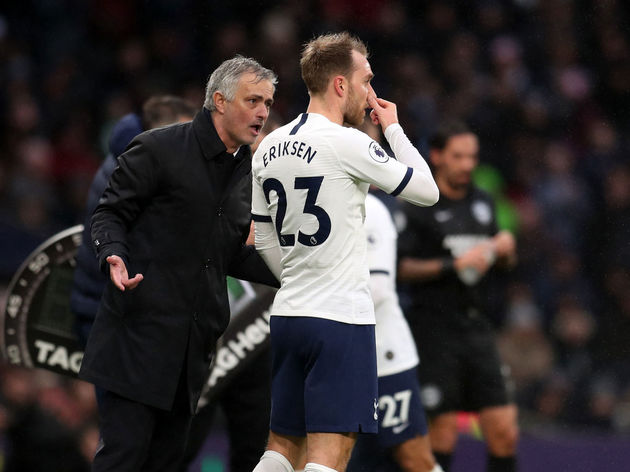 Even though Mourinho wouldn't reveal where Eriksen's future lies, the Portuguese manager was eager to add that the midfielder's contract situation hasn't taken away from his desire to help the club this season.

Eric Dierrewarded with a new deal