City were down to ten men early on as Ederson received a red card for clattering into Jota outside of his penalty area. The Portuguese chased down Conor Coady's excellent long ball and Ederson rushed out at full speed, mistiming and misreading the situation.

The ten men took the lead in controversial circumstances on 25 minutes when the VAR adjudged that Leander Dendoncker had fouled Riyad Mahrez. Raheem Sterling had not one but two attempts from the spot saved by Rui Patricio after the first stop was ruled out for encroachment into the area – only for Sterling to slot home the rebound of his second attempt.

Ederson is SENT OFF 

Drama at Molineux as Man City are reduced to  men!

Sterling scored his second of the evening minutes into the second half, latching onto an excellent through ball from Kevin de Bruyne and dinking over Patricio in the Wolves goal.

However, a Sterling mistake allowed Adama Traore to pull one back less than ten minutes later and the winger unleashed a powerful shot from distance to make it 2-1. The comeback was complete with just minutes left on the clock when Matt Doherty was given far too much space to drift in from the right flank, before smashing home with his left on the edge of the box. The Premier League's comeback kings had turned it around to seal a 3-2 victory against the current champions, despite Sterling hitting the bar with a late free kick.

Resilience has been a hallmark for this Wolves side since Nuno Espirito Santo took control, and it was there for all to see. Ederson's dismissal and City's change in shape made it difficult for ​Wolves to find a way through their opponents for much of the first hour, while the VAR controversy seemed to take the wind out of their sails for a period. 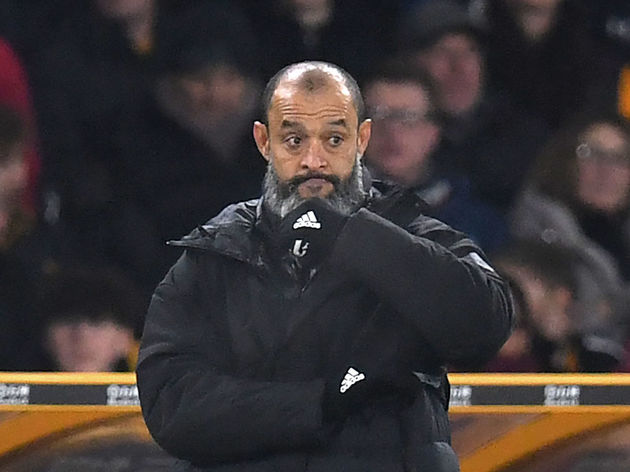 ​However, they stuck at their task and found space in between the City lines by moving their wide players inside and pushing their wing-backs much further up the pitch. It worked to perfection and allowed them to exploit the space between midfield and defence, and the wing-backs and centre-halves.

One man was at the heart of it all...

After sinking City with a double in their last encounter, Adama Traore was at it again - this time scoring once and providing the assist for the equaliser. In truth, Wolves were sleepwalking through much of the game until Traore upped the intensity.

​City's resolute shape meant that Wolves needed the Spaniard's pace and power to drag their defenders out of position, something he did excellently by drifting between the lines and driving at speed with the ball. His technical improvements were evident with his sweet strike from distance, while his desire to win the ball back from Mendy for the equaliser shows why he is so loved by the Wolves faithful. Whatever game plan Pep Guardiola had, it went out the window when Ederson's rash decision forced him into withdrawing Aguero on his return from injury.

However, the Spaniard reacted quickly and changed his side's shape to a 4-4-1, with ​Sterling the lone striker and the likes of Mahrez, De Bruyne and Bernardo Silva attempting to break with speed. Silva dropped in alongside Mendy to create a back five at times - especially as Wolves ended the first half with their strongest spell of the match.

The City manager made a bold decision at half time, replacing Mahrez with Eric Garcia to rebuild his side's shape as a 5-3-1. Phenomenal pass from De Bruyne. Made it look so simple. One timed that. Perfect timing & touch into Sterling’s path.

KDB is such a special player.

It doesn't get any easier for Wolves, who head to Anfield on Sunday to face Premier League leaders Liverpool. An away fixture at Watford follows, before the Wanderers welcome Manchester United to