Liverpool have recalled 22-year-old central defender Nat Phillips six months early from a loan spell at Stuttgart, bringing him back to give themselves another option at the back.

Phillips is highly-rated at Anfield and put pen to paper on a new long-term deal before heading out to Bundesliga 2 in August, with Jurgen Klopp taking a vested interest in the youngster's future, utilising his connections with Sven Mislintat to make the move happen.

He made 11 appearances in all competitions in Germany, and had looked to have carved out a starting berth in the promotion-chasers' defence heading into the winter break.

We have reached an agreement with Stuttgart for Nat Phillips to return from his loan spell in January.

Phillips will return at the beginning of next month and be eligible for Reds matches, starting with the FA Cup tie against Everton.

Back at home, however, ​Liverpool have found themselves badly in need of defensive numbers. Injuries to Joel Matip and Dejan Lovren have left Klopp with just two established central defenders, while Fabinho - who offered relief in the position last season - is also out until January.

​Jordan Henderson covered there in the Club World Cup in Qatar, but even he went off injured in the Reds' recent ​4-0 victory over Leicester, and although that one isn't expected to be a lengthy lay off, extra cover has now been secured in the early recall of Phillips.

It's unclear if there are other circumstances leading to his early return, but the curious wording of the statement from Liverpool, coupled with Phillips' standing at Anfield and the fact he had recently taken strides towards establishing himself at Stuttgart, would suggest he has been brought back with a view to playing a role in the remainder of the Reds' title challenge. 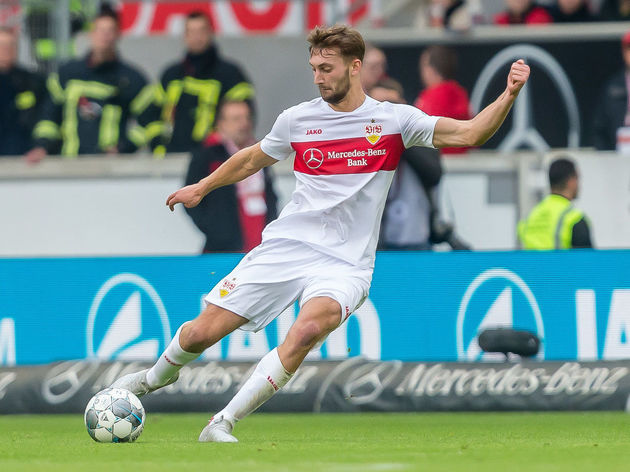 "Liverpool have reached an agreement with Stuttgart for Nathaniel Phillips to return from his loan spell in January," a ​Liverpool statement reads.

"The centre-back has made 11 appearances in all competitions for the 2. Bundesliga side since linking up in the summer.

"Phillips will come back to Merseyside at the beginning of next month and be eligible for Reds matches, starting with the FA Cup tie against Everton on January 5."

Phillips is yet to make a senior appearance for Liverpool since joining the academy from Bolton in 2016, but featured in pre-season prior to going out on loan.