​West Ham forward Michail Antonio was involved in one of the most bizarre incidents you'll read about this festive season, after it emerged that he crashed his Lamborghini into a bin shed on Christmas Day...while dressed as a snowman.

The Hammers' Boxing Day blues were made all the worse after falling to a late ​2-1 defeat to Crystal Palace, Jordan Ayew's late goal-of-the-season contender sending Selhurst Park into raptures, and Antonio played 90 minutes of that one despite reportedly having a Christmas to remember for all the wrong reasons.

That's because the 29-year-old, according to a variety of sources, required emergency services at a south London address after he wrote off his Lamborghini Huracan in a collision that ruined an unsuspecting family's lawn, all while dressed like a snowman.

“Dinner was nearly ready and then I just heard this massive bang and the whole house shook, said YouTuber Kia Rosina, who heard the incident unfold, to ​The Athletic. "There are two bin sheds out there and they’re both bricks, and they went everywhere.

“At first, I thought it was a bus due to how loud the bang was. I looked outside and then I said, ‘Mum!’ then we ran outside to see if whoever was in the car was fine. As soon as I heard the bang, my heart was beating fast because obviously, I was worried. I didn’t know what was happening or if the driver had hit the house but then I looked out of the window and thankfully, it hadn’t.

“When we went out, we thought the driver was going to be hurt really badly because it didn’t look good. My mum ran out before me so by the time I got out of the house, he (had) jumped out of the car in his snowman outfit. Once we realised no one was hurt, we were all relieved.”

Fortunately enough it seems no-one was injured, although Rosina noted there was no apology from Antonio, even though he returned later to survey the scene with some friends. 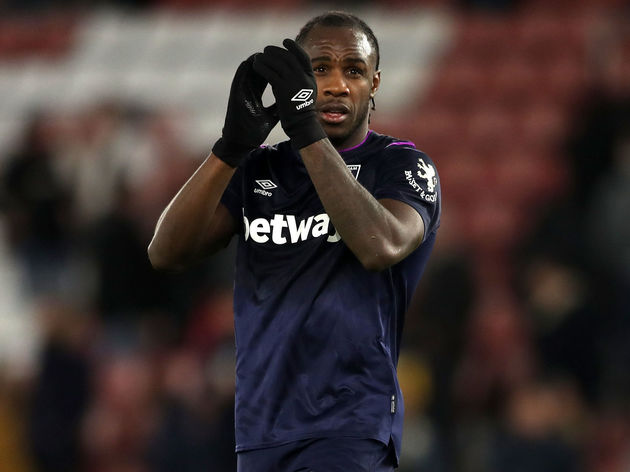 It's unclear if he will face any disciplinary action from ​West Ham, although there was no immediate punishment as he started the game against Palace, providing the assist for Robert Snodgrass' opening goal.