Liverpool went 13 points clear at the top of the Premier League table, after Trent Alexander-Arnold inspired them to a 4-0 victory over second placed Leicester on Boxing Day.

Liverpool started the game the brighter out of the two teams, with their high press disrupting the Foxes defence, leading to a number of scoring chances for the visitors. Sadio Mané and Mohamed Salah both spurned decent opportunities, while Jordan Henderson had a strike deflected just wide of the post.

The visitors continued to dominate proceedings in the first half and eventually registered the opening goal, with Trent Alexander-Arnold swinging in an inch-perfect cross that was headed home by Roberto Firmino at the back post. ​Leicester offered little in the way of a response and were fortunate to go into break just 1-0 down.

It was a similar story after half time, with Firmino coming close to doubling his tally with a deft touch at the front post 54 minutes in. After a Leicester revival on the hour mark - in which they finally created their first chances of the game - James Milner added a second Liverpool goal from the penalty spot after the ball struck Caglar Soyuncu's arm.

The visitors then added some gloss to the scoreline through Firmino and Alexander-Arnold with Leicester left shell shocked by a flurry of goals.

​Perhaps in response to his team selection against ​Manchester City which afforded the Citizens far too much space in midfield, Brendan Rodgers opted bring in the more conservative Dennis Praet for Ayoze Perez in an attempt to contain the rampant Reds. It took until the hour mark for Leicester to spring into life, with the introduction of Marc Albrighton instigating a revival. The Foxes were pressing higher and creating chances, with Albrighton combining well with Ricardo Pereira down the right-hand side. 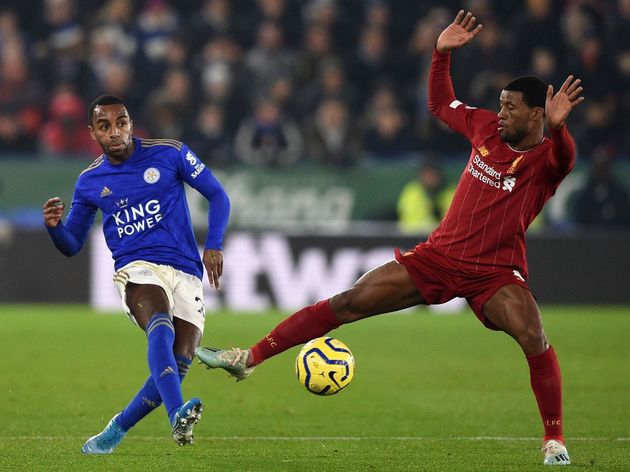 During the Foxes brief spell of dominance on the hour mark, Pereira was at the heart of all of his side's attacks.

He also defended fairly well and was not at fault for any of the visitors' four goals, which is more than can be said for his fellow full-back, Chilwell.

Would sell my mother to get Ricardo Pereira

Having just returned from their arduous Club World Cup victory in Qatar, Liverpool ​could have been forgiven for lacking their normal intensity. However, the Reds showed no signs of fatigue as they forced a number of errors from the Leicester defence early on.

They continued to unsettle the Foxes with their relentless press and grabbed a deserved opening goal through Firmino. The only criticism of the Reds' first half performances was that they should have gone into the break more than one goal up.

Liverpool controlled this game well from start to finish, stemming the mini-tide of Leicester pressure by converting a penalty, before adding two more goals 15 minutes from time. The Reds controlled the game from start to finish and thoroughly deserved to go 13 points clear at the top of the Premier League table. Liverpool will walk the league this season... it's time to start accepting it if you have not already. ​Trent Alexander-Arnold is 21-years-old. Let that sink in. The Liverpool-born right-back was the best player on the pitch against Leicester, wreaking havoc all evening.

Though he was spot-on defensively, Alexander-Arnold's real value is in his attacking play.

The defender registered two assists and scored a fantastic goal - drilling in from just outside the box. The sky really is the limit for a youngster who has a genuine possibility of winning the Ballon d'Or in the no-so-distant future.

Trent Alexander-Arnold now has as many goal contributions in the past hour as Wan-Bissaka has in the past year. pic.twitter.com/2DNTPJDWu6

The festive period is always a busy time of Premier League action and the games keep on coming thick and fast for both of these sides.

Leicester travel to the London Stadium to face West Ham next, while Liverpool host Wolves on Sunday. ​