West Ham manager Manuel Pellegrini has admitted he is unsure when he can expect Jack Wilshere to be available for selection, as the midfielder continues to deal with a groin problem.

The England international's career has been blighted by injuries and his struggles from his Arsenal days have lingered with him following his move to the London Stadium in 2018.

He last made an appearance against Everton in October, featuring for 27 minutes as a substitute during a 2-0 loss, and has been ​linked with an exit in January. 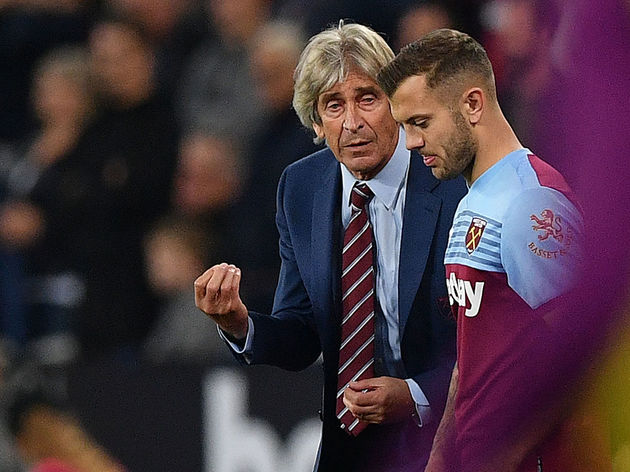 Speaking ahead of ​West Ham's trip to ​Crystal Palace, Pellegrini revealed there is currently no schedule ​Wilshere is working to due to the nature of the injury.

"Jack continues every week trying to work, but when he works harder he starts to feel pain in his groin," Pellegrini said, as quoted by ​the Daily Mail.

"He is seeing different doctors to see what has happened. He's a player we need a lot, a different player, but if he's not 100 per cent recovered it's difficult for him to work."

The 27-year-old is not expected to feature in any of West Ham's festive fixtures, with games against Leicester and Bournemouth on the horizon. Instead, usual suspects Mark Noble and Declan Rice will likely start in the clash at Selhurst Park on Boxing Day.

Pellegrini remains under pressure despite recents wins against Chelsea and Southampton, with his side 16th in the Premier League, and admitted he is hopeful the Hammers can pick up some better results over the next few weeks to improve their position. "After that, for different reasons, we lost results, we lost our style, we started not playing with the trust that the players need.

"Now maybe we can be more optimistic. In the last four games we won two of them. I hope in the next few games we can continue having good results."