​Riyad Mahrez has unwittingly revealed Manchester City teammate Fernandinho is going to leave the club next summer when the Brazilian's contract expires, quelling any suggestions that the midfielder would pen fresh terms with the top-flight champions.

The 34-year-old has been a key figure for the Citizens since joining from Shakhtar Donetsk in 2013, making 270 appearances for the club and winning three Premier League titles.

However, it appears as though the current campaign may be his ​City swansong, after his Algerian teammate ​MahrezSky Sports's YouTube

The pair were asked: "Who announced in the summer that this will be their final season at City?"

Expected to say just ​David Silva, who has already revealed this will be his final season at the club ahead of an expected move to Major League Soccer,

It will bring an end to a trophy-laden spell at the Etihad Stadium for Fernandinho, who along with his league titles has also lifted the FA Cup once and the Carabao Cup on four occasions. 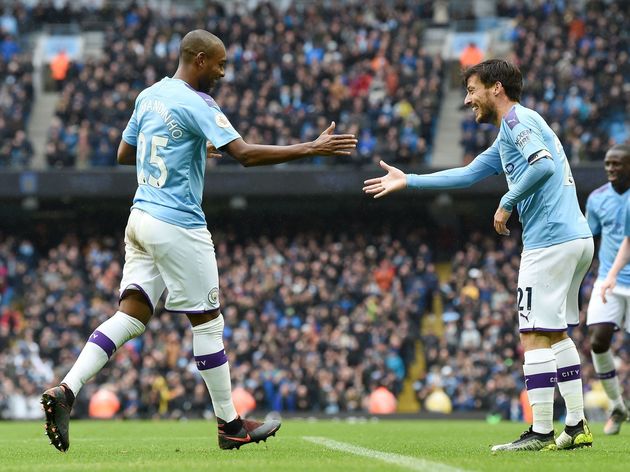 This season Fernandinho has been utilised in an unfamiliar centre back role, with the injury to Aymeric Laporte earlier in the season seeing the Brazil international forced to move from his regular holding midfield position.

Where Fernandinho could go remains to be seen. While not assured, it is looking ​increasingly likely that Silva will become the 'face' of David Beckham's new Inter Miami CF franchise, which is set for its first season in MLS when the league kicks off in March 2020.