​West Ham winger Andriy Yarmolenko is set to be one of the major departures in a busy January transfer window for the club.

The 30-year-old has lost his place in Manuel Pellegrini's side of late, starting only one of the club's last six matches despite Manuel Lanzini's long-term absence and Felipe Anderson's injury. A West Ham source told ​Football Insider that the club are willing to listen to January offers for Yarmolenko and they could cash in on him next month.

The Ukrainian winger arrived in east London in the summer of 2018 for £18m, but the club are reported to be willing to take a hit on the fee they paid ​Borussia Dortmund for his services.

Ukraine's second all-time top scorer only made ten appearances for the London club before rupturing his Achilles tendon against ​Tottenham in 2018/19. However, he started the current campaign brightly with three goals in his first six appearance – but has since been demoted to the bench.

Yarmolenko is not the only player reported to be leaving the London Stadium in January as the club are willing to entertain offers for ​Jack Wilshere and Carlos Sánchez as they look to reshape a squad which has fallen short of expectations so far. 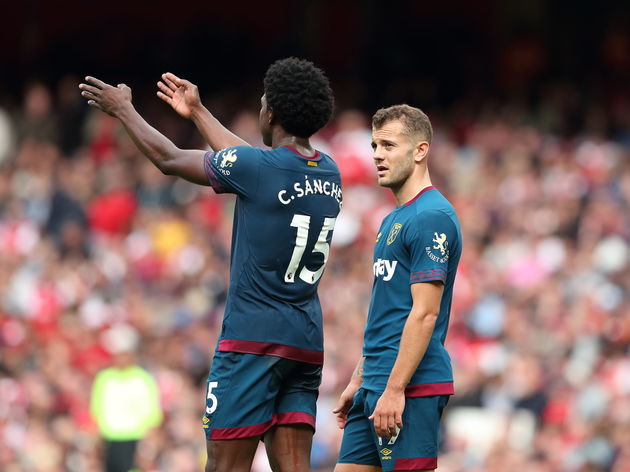 Since Yarmolenko was last in the starting XI, in the defeat to Tottenham last month, Pellegrini has favoured Pablo Fornals, Robert Snodgrass and Michail Antonio for the berth on ​West Ham's right flank.

​The Hammers have been on a dreadful run of form after a bright start to the season. The club has claimed only seven points from their last ten matches, causing West Ham to plummet from a Europa League place to 16th, four points above the drop zone.

With matches against Crystal Palace and Bournemouth either side of a visit from Leicester in the next seven days, Pellegrini's men will be looking to pick up at least six points by this time next week.