Manuel Pellegrini has revealed ​West Ham goalkeeper Lukasz Fabianski could make his long-awaited return from injury in time for the trip to Crystal Palace on Boxing Day.

The Poland international tore his hip muscle taking a goal kick during the Hammers' 2-2 draw with Bournemouth on 28 September and has missed their last ten matches.

Fabianski was initially replaced by Roberto Jiménez but the Spaniard has proved to be a significant downgrade on the club's number one, with David Martin then stepping in. Speaking to the media on Monday as quoted by ​the Guardian, Pellegrini explained the fitness of both Fabianski and Martin would be assessed before their next match against Crystal Palace.

He said: “Both of them are recovering, we will see in the next days who is able to play. I don’t think either will be able to play both games in 48 hours, so we’ll see in the next couple of days who will be playing at Crystal Palace. Fabianski is working every day a little bit harder. If he is not ready for the 26th, then maybe the 28th or the 1st.”

Addressing Roberto's performances in Fabianski's absence, the Chilean added: “Roberto didn’t have good performances when he played but I always say he has a career behind him, a lot of experience.

"Maybe he was a bit unlucky but I continue to trust in him. If he has to play, he will do it in the way we know he can do."

Reports previously emerged stating the east London side were looking to replace their error-prone back-up goalkeeper after only five appearances, during which the Hammers shipped 11 goals.

The 3-2 loss at home to London rivals Tottenham - which included another Roberto howler - proved to be final straw for Pellegrini as their next match saw 33-year-old Martin make his Premier League debut against Chelsea. Martin, son of West Ham legend Alvin, kept a clean sheet - the club's first since Fabianski's injury - as West Ham left Stamford Bridge with a 1-0 win. 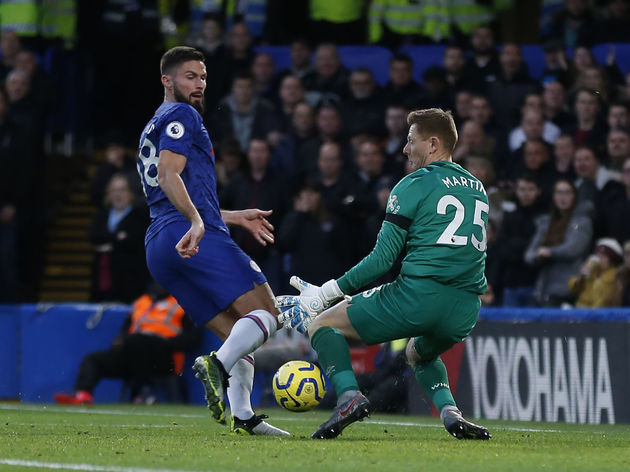 Martin has kept his place between the sticks for the past four matches but Roberto could find himself in the firing line again, as the Englishman also injured his hip in West Ham's most recent match away at Southampton.

With West Ham's Premier League game against ​Liverpool postponed due to the Club World Cup, Pellegrini's side have had 12 days between matches, but now find themselves faced with a run of three in seven days.