​Manchester United are keeping an eye on the progress of 16-year-old Birmingham City midfielder Jude Bellingham, amid a host of interest from rival Premier League clubs.

Despite his youth, Bellingham has started 15 games for Birmingham this season, scoring two goals and contributing one assist, proving to be a vital part of newly appointed Pep Clotet's side since the start of the campaign. 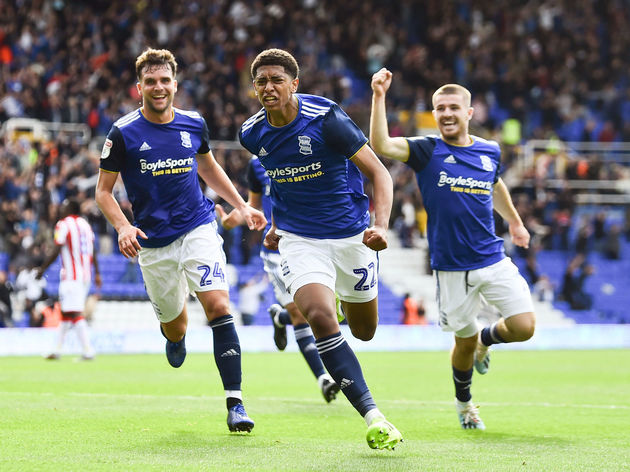 Viewed as one of England's most exciting 16-year-olds, plenty of clubs have taken note of Bellingham. 90min ​first learned back in September that Liverpool were leading the race for his signature, but Arsenal and Manchester City, as well as Barcelona and Borussia Dortmund from abroad, have sent scouts to watch him.

But they are not alone in their interest. As noted by the Telegraph, ​United have also stepped up their interest in Bellingham, with assistant manager Mike Phelan travelling to watch him in ​Birmingham's recent 3-2 loss to ​West Bromwich Albion.

Bellingham grabbed an assist in that game, despite being unable to help guide his side to victory. Scouts from other clubs are likely to have been in attendance, with significant interest from Germany previously shown.

During a 3-2 loss to Derby County in September, there were at least ten scouts from ​Bundesliga sides who came specifically to watch the teenager, only to find that he was named on the bench and restricted to just 14 minutes of action.

His performances throughout the season have done little to discourage interested parties though, with the Championship among the most competitive leagues in the world.

Were United to make a move, Bellingham would fit in the club's ethos and commitment to developing young English talent. The Red Devils always ensure academy graduates are part of their matchday squads, and have always named at least one of their own for the past 81 years.

With Birmingham struggling towards the bottom of the Championship, it seems just a matter of time before Bellingham moves on, either through choice or the club's need to sell.

Under contract until 2021, Birmingham still have time to try and convince him to sign a new contract at St Andrew's, but they may be forced to sell soon to ensure they get the best return for their bright young pros.