What else is there to say about Virgil van Dijk?

The Liverpool man has enjoyed one of the most impressive calendar years which we have ever seen. The Reds have been dominant thanks to him, while his list of individual accolades has just grown and grown.

There are hopes that he will be able to eclipse his current level in 2020, but for now, let's just enjoy the stunning 12 months which Van Dijk gave us.

Here are seven of his finest moments of 2019. 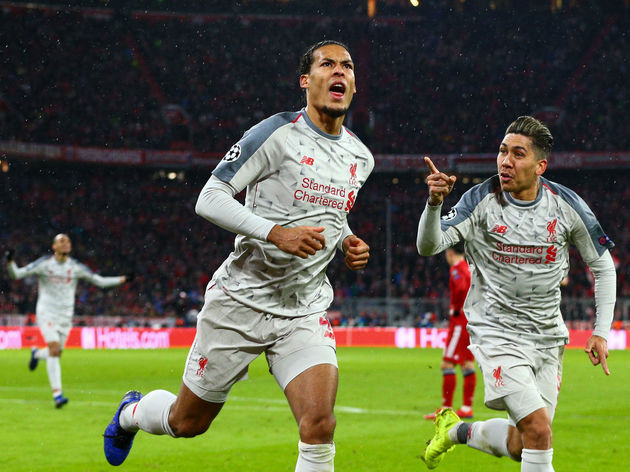 Van Dijk netted his first ​Champions League goal in March's 3-1 win over ​Bayern Munich, but that was just one of many outstanding moments during the game.

Faced with one of the most potent forward lines around, Van Dijk was never fazed and looked composed as he dealt with Robert Lewandowski all night long.

He bagged a phenomenal assist with a long ball for ​Sadio Mané's opener, before getting on the score sheet himself with a towering header from a corner. The Dutchman brought everything to that game, and Bayern could not handle him.

One of his toughest-ever tests in a ​Liverpool shirt, and Van Dijk made it all look terrifyingly easy.​

Normally, the PFA Player of the Year award goes to the star from the title-winning team. The fact that Liverpool came up just short last season is well-documented, but Van Dijk did not let that stop his pursuit of individual glory.

He fought off competition from ​Manchester City superstar ​Raheem Sterling to win the award in April, making him the first defender to do so since John Terry in the 2004/05 campaign.

Van Dijk finished ahead of teammates Mané and ​Mohamed Salah in the race for the award, which proved that he was seen as the single most important player in Jürgen Klopp's side. How's that for a compliment?

He followed that up with a place in the Team of the Year a few days later, capping off what was a historic week for the Dutchman. In club football, there is no bigger stage than the ​Champions League final. In June's victory over ​Tottenham Hotspur, there was no brighter star than Van Dijk.

Thanks to his dominant performance, the centre-back was named as UEFA's Man of the Match after keeping Spurs at bay for the entire game. ​Harry Kane was barely involved, and that was all down to Van Dijk.

A good defence will win you games. Fortunately for Liverpool, they have exactly that. After lifting the Champions League trophy, Van Dijk waltzed to the UEFA Player of the Year award a few months later, in what was one of the least surprising outcomes of all time.

His total of 305 points was almost 100 ahead of ​Lionel Messi, who was the only player who even came close to beating Van Dijk to the award.

His path to glory was clear. Having kept more clean sheets than any other defender in Europe's top five leagues during the 2018/19 campaign, Van Dijk had been one of the most influential players around.

Managers and journalists from all around Europe agreed that Van Dijk was the deserving winner, and it's hard to argue otherwise.​ 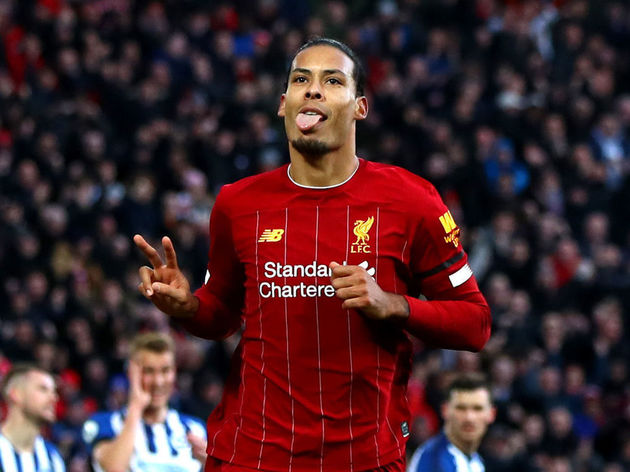 Many of Van Dijk's best performances have come in enormous games, but he never lets his level drop against so-called smaller teams.

When ​Brighton visited Anfield in November, Liverpool didn't have it all their own way. They struggled to break down the Seagulls' resolute defence, but they simply could not handle Van Dijk.

The Dutchman bagged two first-half goals to fire his side to a 2-1 win, but that was only the beginning of his outstanding showing.

He was dominant in the air and equally as impressive on the ground, and he really had to show his skills once Alisson was sent off. Defenders aren't supposed to be anywhere close to the Ballon d'Or. The award is normally saved for the striker who scores 1,000 goals per year (so, Messi), so Van Dijk was always facing an uphill battle to get himself on the podium for the award.

He may have come up short, but the fact that he actually managed to finish second is an enormous achievement - and he was only seven points away from winning the whole thing.

Clubs don't often get the chance to compete at the Club World Cup, and it looked like Van Dijk might have been forced to miss out after he picked up an illness in the build-up to the semi-final.

The Dutchman faced a late fitness test to prove he was capable of featuring in the final, and like he always does, he passed with flying colours and earned himself a spot in the starting lineup to face Flamengo.

He rewarded Klopp's faith ​by putting in another stellar showing against the Copa Libertadores champions, and he ended the night by lifting the Club World Cup.

Few players can say that they are the world's best in their position, but Van Dijk has earned that honour.