Manchester United will look to put their dismal away defeat to bottom of the table Watford behind them when they host an in-form Newcastle on Boxing Day.

Despite superb results against Tottenham and Manchester City in early December, Ole Gunnar Solskjaer's side have struggled in their last two league matches, losing at Watford and drawing at home to Everton.

The pressure continues to rise on the Red Devils and their boss as they now sit seven points off Chelsea in fourth, but more worrying is their lacklustre performances against the 'smaller' sides in the division. Just as concerning are United's defensive woes, having failed to keep a clean sheet in their last 13 Premier League matches. Newcastle, meanwhile, couldn't be much happier. Another narrow but important victory against Crystal Palace on Saturday lifted the Magpies to ninth, level on points with their Boxing Day opponents. While it hasn't always been pretty under Steve Bruce, it's been effective with Newcastle having won three of their last four outings.

What is notable is just how far both sides have fallen since the blockbuster days of the late 90s.

Here's everything you need to know for ​Thursday's clash.

​United are likely to still be without the defensive trio of Diogo Dalot, Marcos Rojo and Eric Bailly, but the most significant news is the return of ​Paul Pogba. ​United's superstar made a substitute appearance against Watford, his first appearance since 30 September. 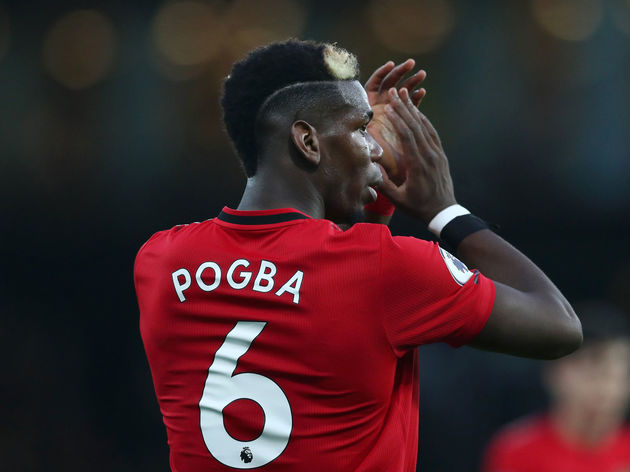 Injuries are well and truly piling up for Bruce and ​Newcastle. The creative influence of Allan Saint-Maximin will be sorely missed, while the defensive unit of Ciaran Clark, Jamaal Lascelles and Matt Ritchie will not feature.

Paul Dummett and Jetro Willems are also doubts for the clash and Ki Sung-yueng remains sidelined. Manchester United's unbeaten run came to an end in dismal fashion on Sunday as they slumped to a 2-0 defeat at Watford.

United have only lost one of their last 34 home top tier meetings with Newcastle, back in December 2013 under David Moyes, and have won 20 games on Boxing Day in the Premier League. That record is better than any other side in the competition.

Support for Steve Bruce among the Newcastle fanbase has been far from unanimous. However, the Magpies have already taken 25 points from 18 matches so far this season, eight more than they had at the same stage last term under Rafael Benitez.

These two teams have clashed on 168 occasions in the past with United winning 86 and the Magpies only enjoying 43 victories. There have been 39 draws.​ Despite the Red Devils' dominance in recent times, Newcastle triumphed in the last affair earlier this season. Back in October, Matthew Longstaff's ​Premier League debut goal was enough to separate the two sides at St James' Park.

There had been a much-needed period of respite for United, surprisingly beating Spurs and local rivals Manchester City as well as securing a spot in the Carabao Cup semi-finals. However, that all came to an end with Sunday's lethargic and unexpected defeat at Vicarage Road.

Struggling ​Watford bested the former Premier League winners and renewed a feeling of bitterness and disappointment in the red half of Manchester. Solskjaer's side haven't kept a clean sheet in the league since 14 September and haven't beaten a side outside the so-called top six in their last four attempts. United will be buoyed by their home successes, having picked up 16 of their 25 points at Old Trafford this term, but Newcastle are the kind of side they have struggled against all year.​

Newcastle will enter this in high spirits having lost just one of their last five matches, winning three of their last four. What is just as important for Newcastle is their results against those around them, beating Southampton, Crystal Palace and Sheffield United recently. The Magpies currently sit on 25 points, ten points off the relegation zone and only seven off Chelsea in fourth.

United are obvious favourites for this one, but ​it won't be simple. Newcastle will undoubtedly play with a very low block and let their opponents dominate the ball, while also denying them any space in which to use it. This is exactly the style of play which most frustrates United, offering them no time to counter-attack. 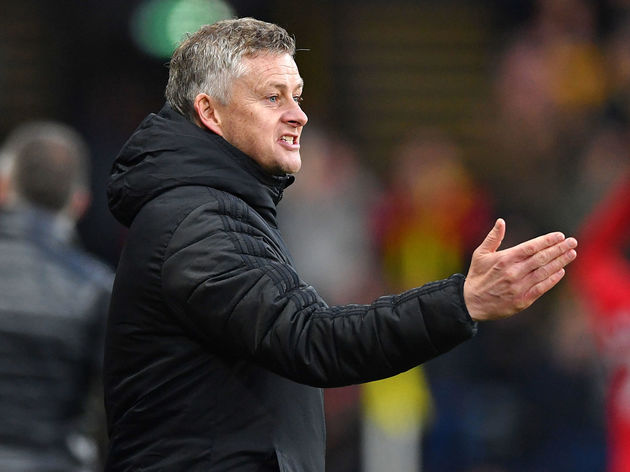 Having said that, Newcastle's chances of getting a result depend on their attacking line as much as their defence. Without the dynamism of Saint-Maximin, the Magpies will have to find another creative outlet on the break, something they have struggled with in the winger's absence.

This will likely be much closer than many think, as United's name alone probably holds more weight than their recent performances. Beware, there may not be too many goals in this one...