​Tottenham will be looking to continue their top four challenge when they play host to Brighton on Boxing Day lunchtime.

The Lilywhites hopes of finishing in the Champions League places took a rather large dent when they lost at home to local rivals Chelsea on Sunday, but they will be aiming to continue the good form they had been enjoying prior to their disappointing defeat. Jose Mourinho will undoubtedly want to make amends for his failings against former understudy Frank Lampard as his Spurs side put in an incredibly tame performance on the big stage.

Brighton, meanwhile, find themselves in a spot of bother having been unable to win any of their last three matches, including a 1-0 home defeat to Sheffield United last time out. But Brighton know a win will see them do the double over Spurs and, more crucially, would move them further away from the relegation zone.

​Son Heung-min will be the biggest miss for Spurs as he starts his three-game suspension following his needless red card against Chelsea. ​

Tottenham are also without long-term absentees Ben Davies, Erik Lamela and Hugo Lloris, with the latter being sorely missed following a high-profile gaffe from Paulo Gazzaniga at the weekend. 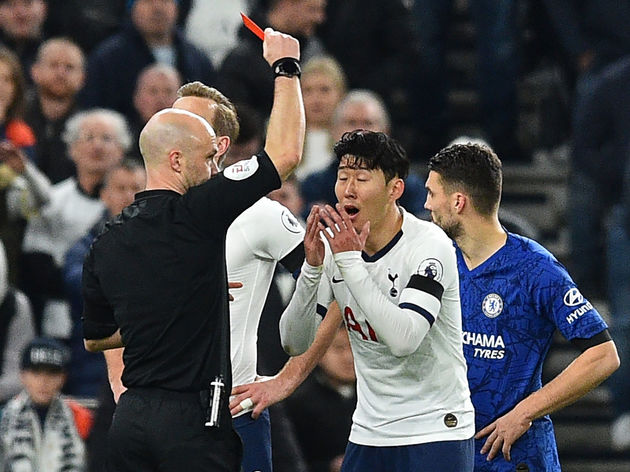 ​​Brighton are pretty much at full strength for this one, only missing wingers Solly March and Jose Izquierdo.

The good news for the Seagulls is that Aaron Connolly returned from injury in Brighton's home defeat to Sheffield United and they will need him to serve up a similar performance to his masterclass in the reverse fixture at the Amex.

Brighton and Hove Albion breezed past Tottenham 3-0 in the previous meeting between these sides, though Spurs have won their past three top-flight home matches against the Seagulls, keeping a clean sheet each time.

Tottenham are also unbeaten in their past 13 top-flight Boxing Day games since losing 2-0 at Portsmouth in 2003. Brighton's last win on December 26 was against QPR in 2005. Jose Mourinho is renowned for his defensive nous but, since he took charge of Spurs, no Premier League team has conceded more goals (14) across all competitions. Brighton may well look to take advantage.

This will be the 30th game between these two sides, with the Lilywhites having dominated the fixture. They have 14 wins, Brighton have seven, while eight clashes have ended all-square. While the Mourinho era at Tottenham has got off to a great start, there have been one or two worrying performances.

Recently, convincing defeats to Manchester United, Bayern Munich and ​Chelsea​ will be of grave concern to the Spurs boss, perhaps the latest 2-0 defeat to the Blues being the worst of the lot.

But, it's far from doom and gloom. Since Mourinho's arrival, Spurs have won four of their six ​Premier League games, while also qualifying for the next round of the Champions League. This has enabled them to make a realistic charge for the top four, something that seemed improbable under Pochettino. Brighton find themselves without a win in their last three matches and have not kept a clean sheet in seven. There are slight concerns along the south coast that the Seagulls may just be dragged in to a relegation scrap, even if performances are significantly better under Potter than Chris Hughton.

Brighton will also take heart from their last Premier League win, travelling to north London to beat Arsenal. Striker Maupay bagged the winner in that one, and the forward has scored three in his last four games.

Here is each team's last five results in all competitions:

While Spurs have lost three of their last five matches, they still head in to this affair as strong favourites. After all, these are exactly the kind of games they have thrived in under Mourinho.