Chelsea eased to victory in an eventful derby match with Tottenham on Sunday evening, with Frank Lampard masterminding a 2-0 victory over former boss Jose Mourinho.

In a game fuelled by football narratives, it was the visitors who started the brighter and were rewarded with a deserved early goal. A short corner was worked back to Willian, who cut inside and curled a beautiful shot in to the far bottom corner after just 12 minutes.

Just before the break, we all witnessed a truly bizarre moment, Spurs keeper Paulo Gazzaniga missing the ball and clattering Marcos Alonso in the box - a decision which was eventually given by VAR after Anthony Taylor initially awarded Tottenham a free kick. Willian stepped up and made no mistake, doubling his and Chelsea's tally for the evening at half-time.

The Blues found the net shortly after the break, only for Tammy Abraham's tap-in to be rightfully ruled out for offside. But Spurs once again shot themselves in the foot, this time Son seeing red for kicking out at Chelsea's Antonio Rudiger and making Spurs' task of turning things around near impossible.

After that there was little in the way of attacking intent as Chelsea eased towards the final whistle and earned a vital three points in the race for the top four, while also securing bragging rights for the away fans.

​Tottenham knew a win would lift them in to the top four at Christmas, something that seemed highly unlikely when Jose Mourinho took over as manager. But Spurs looked scared from the first kick and were being steamrolled by a far superior Chelsea side who took a deserved lead.

Chelsea's high press continued to cause the hosts issues, stopping Spurs playing from back to front and forcing them to play aimless long balls towards an isolated attacking quartet. Tottenham looked completely bereft of ideas and were later punished by a moment of complete madness from Gazzaniga who gifted Chelsea a second via the penalty spot before half-time.

Mourinho could have no complaints, but did have plenty of work to do. 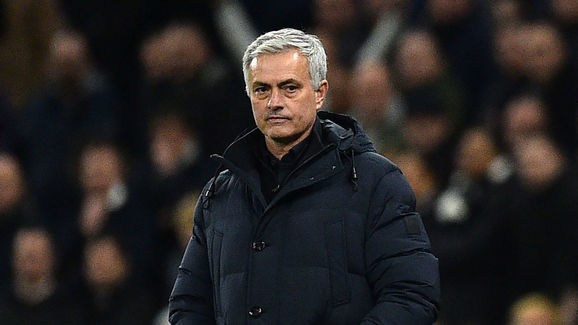 Mourinho did decide to make an alteration after the restart, ​Christian Eriksen coming on for Eric Dier, and it did liven Spurs up, offering them a little more creativity and composure in central areas.

But it didn't matter. Another individual error from Son left Tottenham in a perilous position and from that moment onward there was little chance of a recovery for the hosts. Afterwards it was difficult to take anything from Tottenham's performance, but it was a lacklustre evening all round for the Lilywhites and there are certainly no positives to take from this one for Mourinho. This really was difficult. For pure work rate alone, we've gone with Moussa Sissoko. But that is by no way a complement to his performance, more a reflection on the terrible game endured by those around him.

​Chelsea showed their respect for Tottenham from the off with a tweak to the back line seeing Frank Lampard field five in defence, and it worked wonders for the Blues in the first half. They were able to press Spurs high, overturn possession quickly and then use their pace and added width to cause Tottenham all manner of problems on the counter-attack.

It well and truly looked like Lampard had pulled one over on his former boss with Chelsea's system completely stifling their opponents. A moment of genius from ​Willian, and a moment of unbridled insanity from Gazzaniga, gave Chelsea a well-earned two-goal cushion at the break. Lampard's side continued to impress at the beginning of the second half, while also forfeiting a little bit more possession to the hosts. However, the game really ended with Son's sending off, but the Blues still controlled the game well from that moment onward and put in one of their best performances of the season.

While Mourinho wasn't helped by his players, credit has to go to Lampard in this tactical battle. The manager has been praised and questioned in his time at Stamford Brudge, but this was evidence of his acumen at the highest level. The student, may have just become the master. 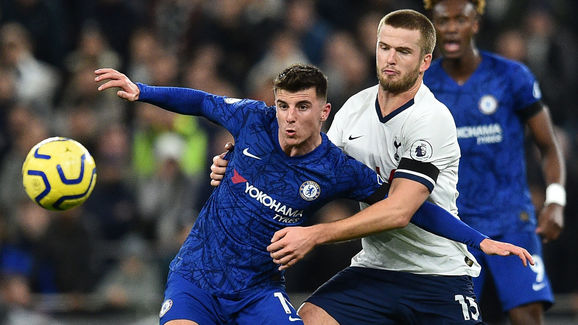 While it may seem crazy to not give goalscorer Willian the man of the match award, Mason Mount is equally deserving. The youngster held the ball up wonderfully, spearheading all of Chelsea's attacking phases.

There is plenty of talk of Chelsea splashing cash in January to ease the burden on the young blood in the team, but Mount has certainly showed that he is one to be relied on in the big games.

Mason Mount's having a super game

Everyone has been great but Mason Mount deserves a special shoutout today.

Spurs then face a trip to Norwich only two days later, but Chelsea have a three-day break before they take on rivals ​Arsenal at the Emirates Stadium