​Eric Dier has said Chelsea's new youthful side under Frank Lampard reminds him of the Tottenham team he initially joined from Sporting CP back in 2014.

The London rivals lock horns in the Premier League on Sunday as the Blues make their first trip to the Tottenham Hotspur Stadium in a crucial battle in the race for the top four.

Back in the 2015/16 season, ​Spurs were in a race with Leicester to secure the league title, only to have their hopes dashed at an ill-tempered Stamford Bridge clash that crowned the Foxes as ​Premier League champions.

A young team with an English core, ​Dier says the side he was part of under Mauricio Pochettino bears a resemblance to the ​Chelsea side that are making the trip north of the capital this weekend.

"I see a lot of us four years ago in this Chelsea team," said Dier at the O​Telegraph

"They’re performing at a consistent level, which is really good, and they all look very hungry which is good for people that are a bit older, they’re pushing everyone.

Dier also offered some insight into his relationship with Mourinho, revealing that himself and his new manager converse in Portuguese as opposed to English - and that he is excited about learning under the new man at the helm. 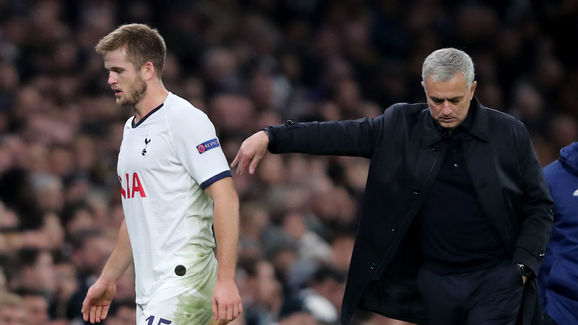 "By ourselves we speak in Portuguese. It’s as good as my English," the midfielder revealed.