Leicester City defender Ben Chilwell has revealed that Riyad Mahrez outlined Manchester City's game-plan in a conversation after the Foxes' 3-1 defeat at the Etihad, with the champions proactively focusing on exploiting the wide areas.

Chilwell has had a stellar season on the left of the back four, playing his part in what has been the best defence in the league this campaign, but he endured a difficult afternoon up against his former teammate ​Mahrez. 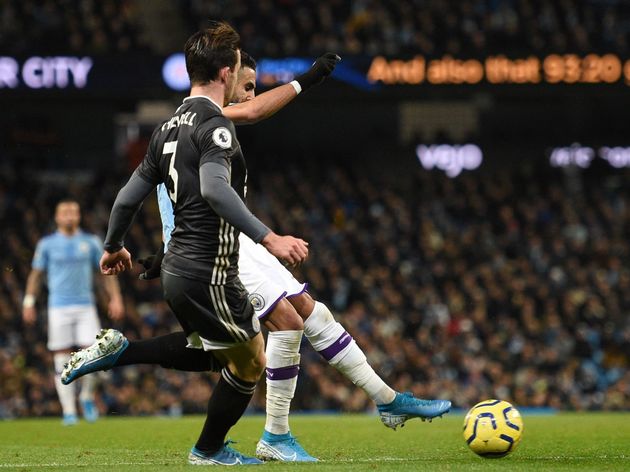 After Jamie Vardy had given Leicester an early lead, Pep Guardiola's side responded swiftly with an equaliser that originated down the right flank, with Mahrez getting the better of Chilwell before his strike at goal deflected in off Caglar Soyuncu.

"I spoke to Riyad after the game and he said that was part of their game plan, trying to get the wingers one-vs-one," Chilwell said on ​Sky Sports after the match.

"It's very difficult when they overload the wide areas, especially with the wingers they've got. It makes it a very challenging game for us as full-backs, especially when it's for 90 minutes. "It was a tough game for us, we tried to keep ourselves in the game for as long as possible but when they've got such quality and they're clinical as well. It makes it very difficult."

The defeat served as a major blow to Leicester's title aspirations, and they now sit just one point ahead of City, while ten points separate them from leaders ​Liverpool, who have the luxury of a game in hand against West Ham.