​New Arsenal manager Mikel Arteta apparently only accepted the job in north London after failing to get assurances over his future by Manchester City.

The 37-year-old has spent the last three years as part of Pep Guardiola's backroom staff, mostly acting as the City manager's right-hand man and it was expected that Arteta would be a natural successor for the club.

But The Mirror claims Arteta wasn't given any assurances he would replace Guardiola when the time comes, prompting the former Arsenal and Everton midfielder to accept the job at Emirates Stadium. 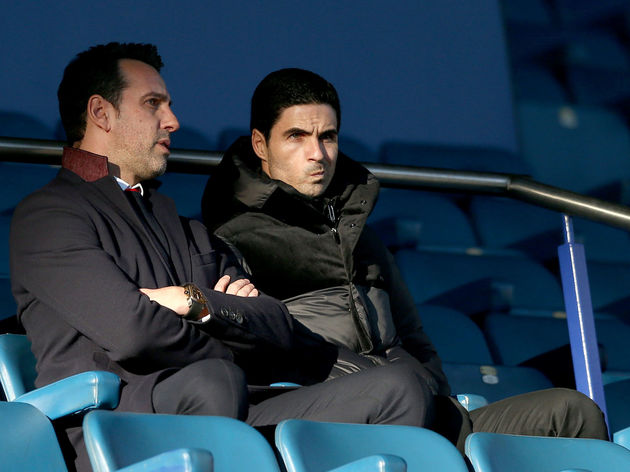 Arteta is rated highly by the decision-makers at Manchester City and the club wanted him to stay on board to assist their long-term project.

But the Spaniard was reportedly told it was unlikely they would appoint a managerial novice to become Guardiola's successor - the tipping point for Arteta to accept Arsenal's offer.

Freddie Ljungberg has been in charge of Arsenal for the last three weeks, following Unai Emery's departure last month. He's picked up five points from of a possible 15 in the Premier League during his stint as their caretaker manager but will now return to the backroom staff.

Arteta was in the stands at his former home Goodison Park as Arsenal were held to a 0-0 draw against Everton on Saturday, with the Toffees' new manager Carlo Ancelotti also watching on from the stands following his appointment just hours before kick-off.

Arsenal's new head coach, who spent time with the players inside the dressing room against Everton, will only have a few days to work on his side before they travel once again to face Eddie Howe's Bournemouth on Boxing Day. It will be just the Gunners' tenth ever meeting with Bournemouth.