Juventus defender Merih Demiral is 'excited' by a potential move to high-flying Leicester City, with the Foxes reportedly at the front of the queue to sign the Turkish international.

Tottenham, Arsenal and Manchester United have previously been linked with the highly-rated 21-year-old, with Demiral failing to command a regular place in La Vecchia Signora's side after his summer switch from Sassuolo.

but Demiral is now keen on a potential move to a side coached by Brendan Rodgers. 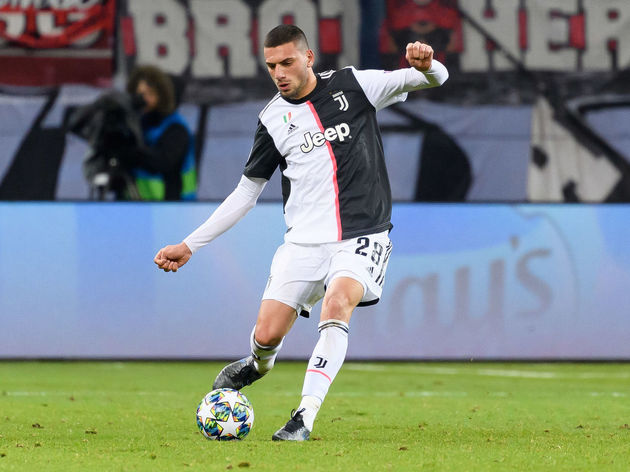 Maurizio Sarri has given Demiral more playing time of late, but talk of a move to Brendan Rodgers' high-flying Leicester has been mooted for the past month or so. Now, Bleacher Report

claim that although the Turkish international would ideally want to remain at ​Juve, he is 'excited' by the prospect of playing under Rodgers at King Power.

Currently, Demiral is competing with Matthijs de Ligt and Leonardo Bonucci for a first team spot, and has started the club's last three games. Juventus see him as a long-term prospect, but do have the ageing Giorgio Chiellini waiting in the wings, once he recovers from injury.

Should he decide to leave, ​Leicester are the side who appeal most and there's a belief that Demiral would be keen to work with a young and ever-improving side, under a manager who is known for nurturing and developing new talent.

A move to the Foxes would also reunite him with international compatriot and fan favourite Çağlar Söyüncü, a man who Demiral has forged a formidable partnership with in defence for Turkey. However, if Leicester want to get their man, ​Calciomercato claim that they will have to pay around £35m for the player.

For now, Leicester will be focussing on what will be a tricky festive period, with a trip to Manchester City followed by a home game against a Liverpool side who are storming away at the top of the ​Premier League.