​Huddersfield Town manager Danny Cowley has confirmed that the club are set to meet with Brighton and Hove Albion to discuss the long-term future of midfielder Aaron Mooy.

Mooy joined Brighton on a season-long loan in the summer following Huddersfield's relegation to the second tier, and he has been a regular part of the Seagulls' side since the start of the campaign. Speaking to ​BBC Radio Leeds, Cowley confirmed that there are open lines of communication between both clubs, and ​Huddersfield are ready to face the possibility of losing ​Mooy permanently.

“Aaron Mooy is a top player and he is doing very well in a ​Brighton team that are moving up the league, and there will be negotiations and conversations between the clubs in regards to what happens next," Cowley said.

“We all know Aaron Mooy will make this football team and club significantly better with his presence but the player would have to do that.

"He has improved with this club and this season he can play in the ​Premier League but the good thing is he is a Huddersfield Town player and his contract is long enough that we will be protected financially."

Mooy remains under contract with Huddersfield until 2022, so the Terriers will be in no rush to accept an offer which does not satisfy them.

Given they currently find themselves in a relegation battle in the ​Championship, it seems almost certain that Mooy will leave the club permanently in the near future. The Australian has proven to be capable of playing in the top flight, and he does not look to be getting that with Huddersfield any time soon. 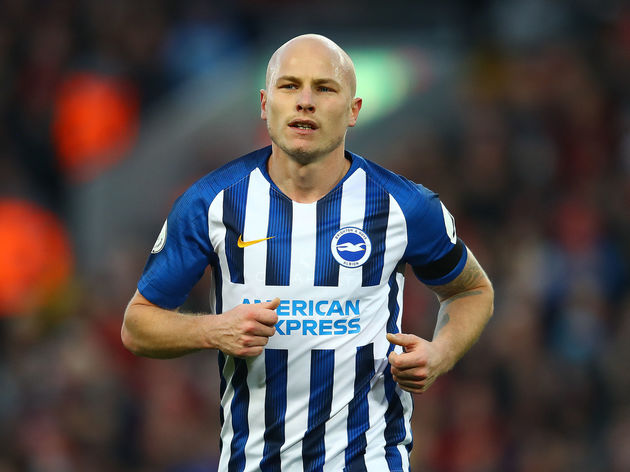 While losing Mooy would come as a huge blow to Huddersfield, Cowley is right in saying that such a transfer would benefit the team in the long run.

Huddersfield would likely receive a good sum of money for the midfielder, which they could use to reinvest in their current playing squad to try and push for a return to the Premier League.