​Atalanta will be looking to reclaim their place inside Serie A's top four when they host AC Milan at the Atleti Azzuri d'Italia this weekend.

The hosts go into the game having received a favourable Champions League draw against Spanish side Valencia, having become the first side since Newcastle United during the 2002/03 season to qualify for the knockout stages despite losing their first three group games.

They will be favourites against an AC Milan side languishing in mid-table after a poor start to the season. However, Milan will be no pushovers and look to finally be building a modicum of momentum under second manager of the season, Stefano Pioli.

Atalanta could be without key forwards Josip Ilicic and Duvan Zapata due to respective muscle injuries, but Papu Gomez is expected to return.

The home side could also be without Danish defender Simon Kjaer, who is struggling with a back problem that has kept him out of the last two games.​ Milan will be without Theo Hernandez and Lucas Paqueta through suspension, but long-term absentee Leo Duarte is their only injury concern. Despite the contrasting fortunes of both sides in recent times, this fixture has tended to end in a share of the spoils.

In fact, ​five of the last eight meetings between the pair have seen the points split equally, though it was Milan - under the guidance of new Napoli manager Gennaro Gattuso - who ran out 3-1 winners during their February match-up.

Atalanta's impressive run of form early season saw them surprisingly tagged as outside title contenders, but talk has died down after an indifferent run of results.

Two defeats in their last four games have dented any lofty aspirations they may have had, but they remain one of the most entertaining sides to watch in Serie A. With Atalanta, entertainment means goals - and they are the highest scorers in the division, alongside Lazio. Milan have already parted company with one manager this season, but things appear to be slowly but surely coming together under Stefano Piolo.

Unbeaten in their last four games, Milan have seen off Parma and Bologna on the road, picking up a creditable home draw with Napoli too. A goalless draw with Sassuolo at San Siro last time out was disappointing, but another step in the right direction.

Here's how the two have got on in their last five games. 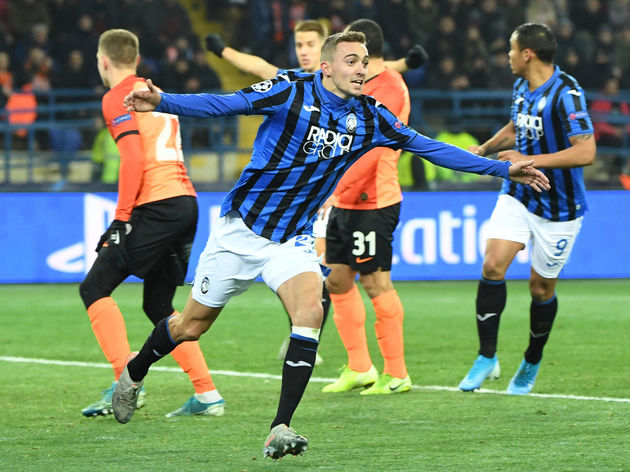 History dictates that this one will end in a draw, but with Atalanta's scoring record you would have to make them favourites.

The hosts should be too strong for AC, despite their recent spell of good form, and three points should be going the way of Atalanta come the final whistle.