West Ham are willing to allow Jack Wilshere to leave the club before the end of his contract, having disappointed since leaving Arsenal in 2018.

Wilshere, who arrived at the London Stadium on a free transfer in 2018, has not lived up to his full potential and failed to cement a starting place under Pellegrini's tenure thanks to a mixture of injury and form issues. 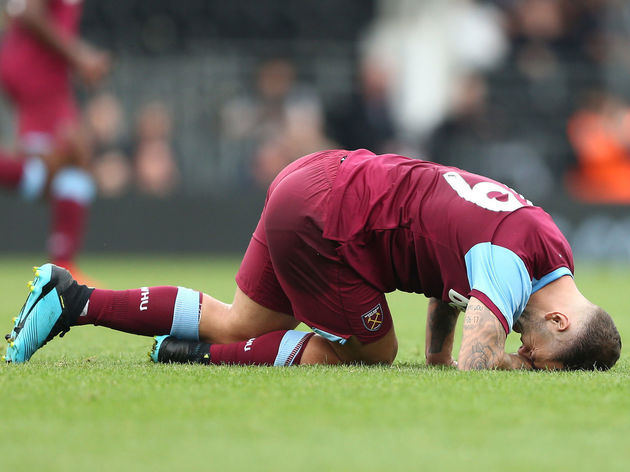 The 27-year-old has made just 16 Premier League appearances for the Hammers, and Football Insider report that the club have growing concerns that his body cannot cope with the physical demands of top-flight football have made the midfielder expendable.

Pellegrini has hailed the ex-​Arsenal man's efforts in training, declaring that the coaches were impressed with his performances in training and small-sided matches and crediting his technical ability.

Despite this, his injury woes mean that ​West Ham will consider transfer offers for the Englishman in January, with high hopes of freeing up the wage budget for a player who could make a greater impact.

Wilshere has only featured six times in the Premier League this season, making just two starts – and hasn't played since being injured once again in mid-October. He has featured in the Hammers' two Carabao Cup appearances, but was hauled off after 66 minutes during his side's embarrassing 5-0 defeat to Oxford. His injury history, poor form and £100k-per-week contract will make Wilshere a difficult sell for West Ham, but the club from east London would gladly offload the midfielder.

Wilshere has just one goal for West Ham, which came against Newport County in the Carabao Cup this season. His sole assist came against Newcastle in a 3-0 victory over one year ago, but that was just nine appearances ago for the Englishman.